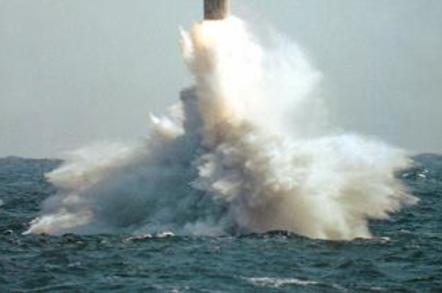 Smart meters will cost as much as the Trident nuclear deterrent to implement, with the full cost of the scheme rising to £19bn, according to a government report.

Total lifetime costs of the programme have now risen by £2bn since 2013, according to a report by the Major Projects Authority.

In contrast, the Trident replacement programme has a cost estimated at between £17.5bn and £23.4bn.

This is despite a number of warnings that the programme is in danger of turning into a "costly failure".

Earlier this year a report by the Energy and Climate Change Committee said it does "not believe" plans to install 53 million devices in homes and businesses by 2020 will be achieved.

Last year, £13.14m was spent on the programme which is still in its 'foundation stage', an increase of £1.76m to fund additional assurance and risk reduction activities in line with recommendations from the National Audit Office and MPA Review.

However, DECC insisted changes in cost were solely driven by the change in accounting methodology, not by underlying cost changes, said the report.

The Department of Energy and Climate Change (DECC) is one of three government departments to take the lion's share of big project spend.

Of the £489bn locked into 188 big projects over the next 40 years, projects at DECC, the Ministry of Defence and the Department for Transport contribute soak up 80 per cent.

The report said this reflects the high capital cost of "innovative defence equipment, of new energy infrastructure that will tackle climate change, and of modernising the UK’s transport infrastructure."

It added: "Since these are large capital projects, these departments have many of the projects with the longest duration, for example, the Department for Transport’s High Speed Rail Programme ... and the Ministry of Defence’s Successor Submarines, which will carry the UK’s future strategic nuclear deterrent." ®

UK PM will not be getting The Button onna fondleslab

Oi! Get off our staff