Has he thought about changing his name? 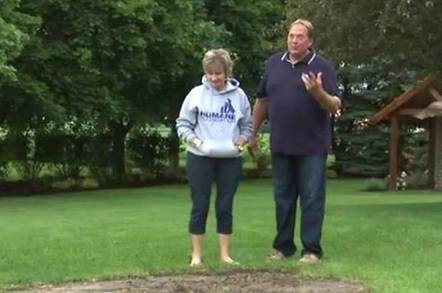 A man called Rod has an unfortunately apt name, having now been struck by lightning twice.

Rod Wolfe, 58, lives in Chebanse, a small town outside of Chicago in the United States. Last Saturday, he was standing just outside his house when lightning hit a nearby tree and jumped to his body. He was treated for broken ribs and heart problems, and is now out of the hospital.

Wolfe's first lightning strike happened 18 years ago, when he was working at a cemetery. He said that was worse than his second strike.

"Everybody says I am a lucky person, and I say how can I be a lucky person? But they say yeah, but you survived twice," Wolfe told ABC7 Chicago on Thursday.

The magazine did not give the odds of being struck by lightning twice while being named Rod, but we would guess they are significantly less. ®