Space station cabbage: To boldly grow where no veg has grown before 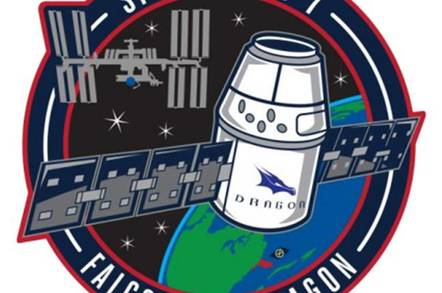 Vid Weather permitting, SpaceX will imminently fire off its seventh resupply mission to the International Space Station, and NASA has detailed some of the science experiments the Dragon capsule will be carrying in its hold.

The rocket will loft nearly 4,000lbs (1,814kg) of supplies and science kit when it takes off at 1021 ET (1521 UTC) on Sunday from Cape Canaveral Air Force Station, including 35 new experiments for the ISS crew to run.

Dr Julie Robinson, chief ISS boffin, said that of special interest to the crew will be the Veggie, a piece of kit that will allow them to grow their own food.

"We're getting close to that first bite of space lettuce," Robinson said at a NASA press conference on Friday. "The crew eat only preserved food at the moment, which is better than pills, but eating fresh leafy greens is really important as part of a balanced diet and helps with mental health."

On a mission last year, astronauts used a Veggie to raise romaine lettuce but weren't allowed to eat it because scientists wanted to see if it was safe. This time, Robinson said, the ISS crew will grow a form of Japanese cabbage and may even be allowed to eat it themselves.

Also included in the Commercial Resupply Services 7 (CRS-7) mission payload is NASA's Meteor camera, which will be mounted in the Window Observational Research Facility (WORF) on the ISS.

This will be NASA's second attempt at installing the Meteor, as the original camera was among the equipment that was destroyed when an Orbital Sciences Antares rocket blew up last year shortly after launch.

The Meteor is designed to catch images of meteors (naturally) as they destroy themselves entering Earth's atmosphere. The camera is tuned to identify traces of iron, calcium, magnesium, and sodium from the disintegrating space rock, so that scientists can get a better idea of meteors' chemical composition. It will also gather data on the sizes of particles of meteoric dust.

The cargo pod will also contain the first International Docking Adapter for the space station. This is a docking collar designed to work with all commercial spacecraft and, once installed, will make future missions easier.

Can the Falcon land?

Getting the cargo to the ISS, and retrieving the pod and the 1,400lb of cargo it will return with, is the key mission for SpaceX. But it will also make its third attempt to land the launch stage of a rocket for reuse.

An updated landing barge, named the Of Course I Still Love You*, is getting ready to receive the rocket, and SpaceX thinks it has sorted the problems that buggered up the first two landing attempts.

When SpaceX first tried to land the first stage of its Falcon 9 rocket on a drone ship in January, the machine suffered what Elon Musk described as a "rapid unscheduled disassembly," when it hit the barge at an angle and crashed.

The second attempt was much closer – the rocket made it to the barge in a pretty much vertical position – but a valve controlling one of the nine rocket engines jammed open briefly, tipping the rocket over. SpaceX has just released new footage of that landing attempt and the subsequent explosion.

SpaceX has done some tinkering to make sure that doesn't happen again, it said. The company has also improved recovery procedures to handle any flaws that might crop up mid-flight, and its team is hopeful of the rocket making it back down in one piece this time. If the attempt is successful, the rocket will be towed back to land and taken apart to see if it can be reused.

If it can, SpaceX will have solved one of the original issues Musk sought to fix about space delivery – namely, the cost of destroying the launch system for each flight. If the first stage can be reused it will slash the cost of orbital delivery and make SpaceX the cheapest way to get into space yet.

All eyes will now be on the launch. NASA reports weather conditions are good for Sunday and it estimated there was a 90 per cent chance of takeoff being allowed. You can watch the launch on NASA TV or on the SpaceX website. ®

*The Of Course I Still Love You is taking over from the earlier barge, the Just Read the Instructions, which was damaged in January's botched landing. Both drone ships are named after spaceships that appear in Iain M Banks' novel The Player of Games, the second book in his Culture series.