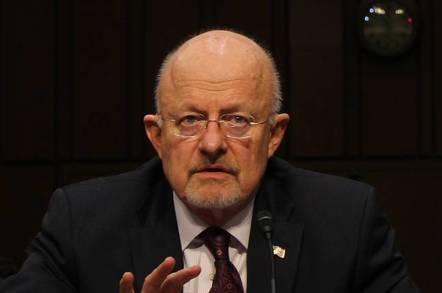 James Clapper, Director of the US' National Intelligence body, has suggested Beijing is behind the successful attacks on the Office of Personnel Management (OPM), which resulted in the theft of millions of federal employees' (including intelligence workers) highly sensitive biographies.

Clapper, who reports directly to the President, told a conference in Washington yesterday that Beijing was the "leading suspect" as the US attempts to attribute the attacks.

OPM Director, Katherine Archuleta, has been standing before successive senate hearings since the attack was first disclosed.

At a Homeland Security hearing yesterday (25 June), Archuleta was grilled by former presidential candidate Senator John McCain, who bullishly asked her if she was ready to admit that the Chinese were responsible for the attack.

Archuleta said she would defer to her state colleagues to comment on such matters.

Clapper has now done just that, going so far as to say that "you have to kind of salute the Chinese for what they did", although the lack of IT security at OPM invited much comment at the recent hearing.

The Wall Street Journal reports that additional comments made by Clapper "appeared to be alluding to an internal battle within the White House on how to best respond to cyberattacks. He said the lack of a threat of retribution from the US government means policy makers must focus 'a lot more attention to defence'".

Clapper stated that the challenge the US faced was that "until such time as we can create both the substance and the psychology of deterrence, this is going to go on."

"And that's been frankly a struggle for us, because of concerns about unintended consequences and other related policy issues," he added. ®

Flying United Airlines? If you could just scan your passport with your phone, that'd be great

New trial launch – but pack your paper for the TSA

FYI: Get ready for face scans on leaving the US because 1.2% of visitors overstayed their visas