ICANN's leaving the nest, so when will it grow up? 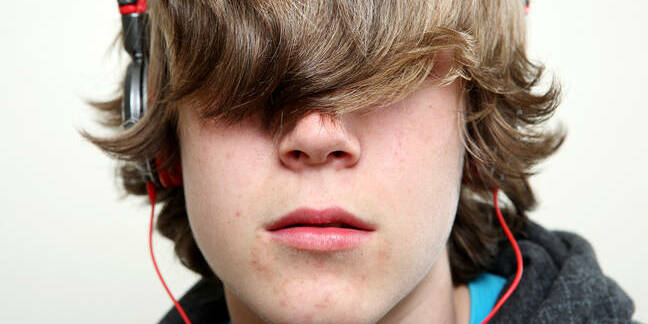 Comment ICANN is 17 years old. It's about to be given the keys to its dad's car. And we are all going to have to take a ride with it every day.

On June 30, 2016, ICANN, which oversees the global domain name service (DNS), will take over the IANA contract on a semi-permanent basis from the US government.

But the lack of awareness of these critical roles has also meant the organization has never grown up. Protected by its important father, the US government, ICANN has become a surly, entitled, and vain figure. It will want for nothing. It will listen to no one. It is always right.

I used to work for ICANN. I was its first "manager of public participation." It was a post created in December 2002 after one of the organization's periodic self-reviews. The post was deemed so important by the internet community that it was written into the organization's bylaws, reporting directly to the ICANN president, and responsible for greatly improving communication with "the general community of internet users."

But ICANN's staff and board didn't really want the wider internet world intruding, so they simply ignored the new role. It wasn't until December 2006, four years after the position was created, that I was hired to do the job. Even then, I reported not to the president but to the veep of corporate affairs. I was given a budget of $0.

The reason I bring up that small piece of history is twofold. First, the VP of corporate affairs, Paul Levins, ended up being almost single-handedly responsible for the Affirmation of Commitments, a 2009 agreement that loosened the US government's control over ICANN and gave ICANN greater autonomy.

Levins' efforts were the precursor to the change that will now take place in 2016, when ICANN takes over the IANA contract. Levins would later be described by ICANN's current chair as "the first adult that ICANN has hired." He left the organization within weeks after the Affirmation of Commitments was signed.

Second, as ICANN's public participation manager and a member of the corporate affairs team that helped move the goalposts, I came to understand firsthand how ICANN worked and why its approach had to be completely overhauled to build confidence within the US government that it was capable of taking on more responsibilities.

And the award goes to...

That knowledge is the reason why, when I heard ICANN had awarded not one but two Multistakeholder Ethos Awards at the opening ceremony of its Buenos Aires conference, it was clear to me that ICANN was up to its old tricks. Despite it being nearly six years since it was given greater autonomy, the corporation is still waiting for more adults to turn up.

The idea behind the Multistakeholder Ethos Award is that it recognizes ICANN participants "who have deeply invested in consensus-based solutions, recognized the importance of ICANN‘s multistakeholder model of Internet governance, and contributed in a substantive way to the higher interests of ICANN‘s organization and its community." That's the sales pitch, anyway.

Unfortunately, the real ICANN has a visceral loathing of anything decided by its "community" – the people it is supposed to be serving. That even extends to an award for someone who is supposed to represent a collegial ideal – the "multistakeholder ethos" of working respectfully with people on compromises.

The award was created last year and right away, ICANN the corporation intervened. Rather than, say, poll community members to find the person they most respected, ICANN created a small, select group of people who would make the decision. That group made a safe choice. Out of 22 nominations, one was chosen: the former chair of the organization's main policy body.

This year, for some reason, there were two recipients of the Ethos Award: one, the former chair of the "At Large" group – which represents ordinary internet users – and a second, Nii Quaynor. Apart from the unexpected addition of a second award, Mr Quaynor's selection was suspicious for two more reasons:

In a broad and diverse community that's heavily dependent on status, ICANN corporate has a habit of using awards to raise the profile of "reliable" people, either just before or soon after they are given control of an important task.

So, for example, the 2014 ICANN Leadership Award was given to Jonathan Robinson, who in the same week was named chair of the critical working group that would decide how the IANA contract would be moved away from the US government to ICANN.

Among the acts of leadership Robinson showed shortly after were the creation of a closed group to decide on independent legal advice (going against institutional norms); the inclusion of ICANN's legal department in that closed group; and then lending full support to a subsequent recommendation that the IANA contract not be given to a third party but directly to ICANN – something that went against a key recommendation of the broader group.

So, when Mr Quaynor was the sudden and unexpected recipient of an ICANN award, the natural question to ask was: what new group has he just been named chair of?

The answer didn't take long to find, but it was an unusual one. 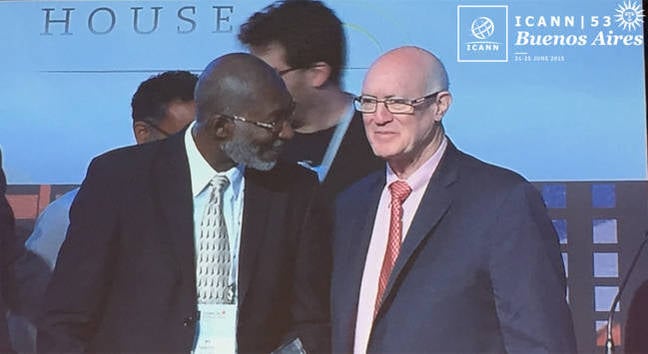 Next page: Transparency: We've heard of it
Page:
Tips and corrections
9 Comments