D-Wave promises chip that could search the whole universe 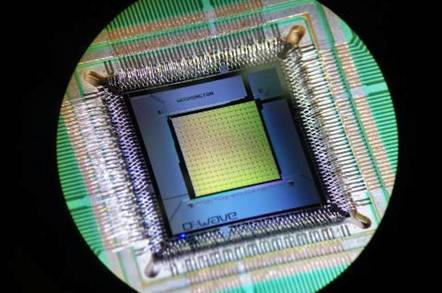 Enough search space for every particle in the universe, apparently

The 1,000-qubit chip promised by D-Wave last year has landed.

The doubling of qubits over its previous processor, the company says, gives it a 21000 search space – not only dwarfing the previous 2512 search space, but containing “far more possibilities than there are particles in the observable universe”.

The processors also contain 128,000 Josephson tunnel junctions, the outfit says, which it reckons are “the most complex superconductor integrated circuits ever successfully yielded”.

Just what that means out in the world of computing, we'll have to wait and see. The Register expects the new processor will result in yet more is-it-quantum academic debate in paper and counter-paper (Arxiv should be worth watching) once researchers get their hands on test systems.

At least some aspects of the new chip are familiar, such as discussions about manufacturing yield.

It then has to run each device through a qualification process to see which qubits are within the performance range, since it says “magnetic offsets and manufacturing variability” disqualify some qubits.

D-Wave says the new processors will land in hardware “soon”. ®