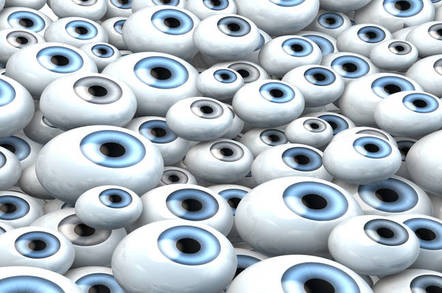 A proposal to force domain name owners to reveals their true identity and address if their website is deemed "commercial" has set off a privacy storm.

Under the proposal put forward by domain name overseer ICANN, any "registrants of websites engaged in active commerce" would not be entitled to use proxy services, which replace an owner's personal details with the proxy company's business details for a small fee.

This situation should be changed, argue a number of companies - including Facebook and brand protection company MarkMonitor - in order to "prevent malicious activity" and bring domain name rules in line with "global law and policy".

That argument is challenged within the report itself by a number of other members of the group that developed the proposal who noted that "fundraising and membership drives are often performed by the very groups and organizations seeking privacy/proxy registration for protection, including minority political groups, minority religious organizations, ethnic groups, organizations committed to change of racial policies, gender orientation groups, and publications engaged in freedom of expression."

And it is that point that has been behind a wave of comments protesting the proposed change.

The majority of the responses are form letters from two campaigning websites - RespectOurPrivacy.com and SaveDomainPrivacy.org - encouraging people to contact ICANN to register their disquiet. One reads:

I urge you to respect internet users' rights to privacy and due process.
- Everyone deserves the right to privacy.
- No one’s personal information should be revealed without a court order, regardless of whether the request comes from a private individual or law enforcement agency.

Private information should be kept private. Thank you.

The issue was highlighted in a post by the Electronic Freedom Foundation (EFF) and in the past three days, the response has gone from three comments to over 3,800.

The report itself contains a number of other suggested changes to how a domain name's "Whois" is dealt with. Unfortunately, demonstrating the fact that ICANN rarely sees much attention paid to its policy discussions, the other changes are almost impossible to discern from the lengthy and convoluted report.

Whois has been the source of fierce policy debates for over a decade within ICANN, but little progress has been made and instead a seemingly endless series of research reports have been commissioned in order to demonstrate progress.

Meanwhile, Facebook continues to draw ire over its related policy of insisting on people using their real names for accounts on the social network.

Despite having promised to review the policy following protests from, among others, drag queens and other members of the LGBT community, the social media organization continues to ban people for not using their names.

Most recently, journalist Laurie Penny complained that her account had been frozen for not using her real name. She tweeted her irritation claiming that she used a pseudonym to avoid trolls and feared that she would be the target of abuse now she was obliged to use her real name. ®

Thanks to @facebook forcing me to use my real name, I am now at more risk of rape and death threats. But enjoy flogging that data, guys.