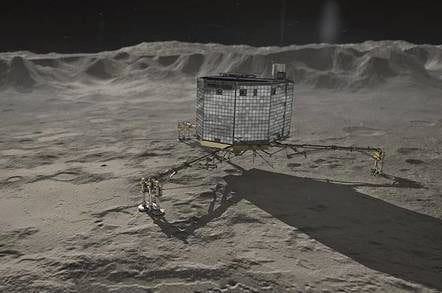 The European Space Agency's Rosetta space probe will continue to study Comet 67P/Churyumov-Gerasimenko until September 2016 – after which the craft will be sent crashing into the mysterious rock. 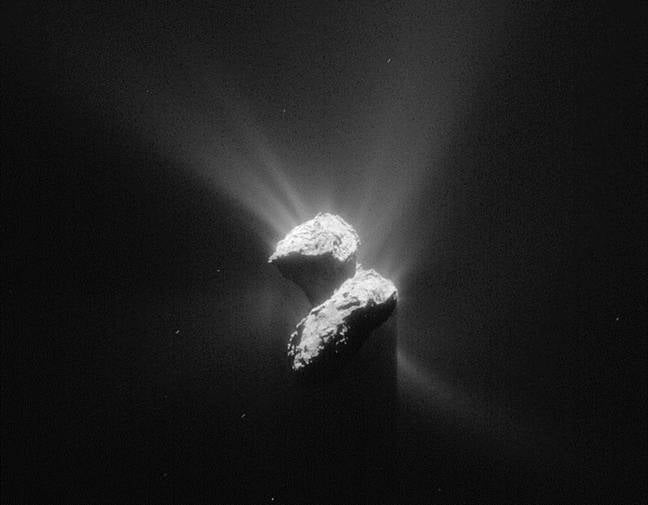 The latest image of the comet from Rosetta

The Rosetta mission is at least a decade-old, and it was due to run out of funds in December this year. But the stunning success of the mission has caused a rethink, and the space scientists are now good to go for another nine months.

"We'll be able to monitor the decline in the comet's activity as we move away from the Sun again, and we'll have the opportunity to fly closer to the comet to continue collecting more unique data. By comparing detailed 'before and after' data, we'll have a much better understanding of how comets evolve during their lifetimes."

Part of the reason for this extension may be the successful operation of the Philae lander, which was dropped on the comet by Rosetta and is now back in business. Had the lander touched down where it was supposed to, it would have been cooked by now by the Sun, but because it has bounced into the shade, it's going to be sending back data for some time to come.

The comet is going to make its closest approach to the Sun on August 13, and it's possible Philae will still be operational to send back data on what happens to the comet's surface when it gets really hot. Rosetta will also be in orbit sending back data.

As the comet moves away and starts to cool, ESA want to bring the Rosetta probe in closer and closer to the surface. The amount of material the cosmic snowball sheds will start to decrease, and the team wants to get the closest shots possible of the surface.

By October 2016, the probe's propellant will run out and the retreat from the Sun will make its solar panels less useful. So the ESA team will make a series of orbital maneuvers to bring the probe down for a hard and terminal landing on the comet's surface.

"This time, as we're riding along next to the comet, the most logical way to end the mission is to set Rosetta down on the surface," said Patrick Martin, Rosetta mission manager.

"But there is still a lot to do to confirm that this end-of-mission scenario is possible. We'll first have to see what the status of the spacecraft is after perihelion and how well it is performing close to the comet, and later we will have to try and determine where on the surface we can have a touchdown." ®