Give us your software BlackBerry, we love it. The phones? Meh 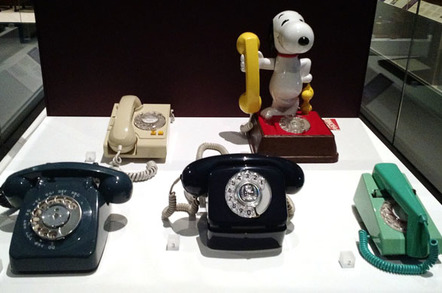 Rising software revenue helped make up for continuing falls in phone hardware income at BlackBerry in the past quarter, with the waning giant booking revenue of $658m for first quarter of full year 2016, and reported a non-GAAP operating loss of $7m.

Forty per cent of all income was phone sales, of around 1.1 million devices. The device average selling price was $240. The company’s income has fallen by 80 per cent in two years.

The phones sales represent a disappointing figure, since BlackBerry has launched three new models in the past eight months; enterprises have had time to evaluate the Classic (launched last December), the Passport (a couple of months before) as well as the new, low-cost Leap which became available in April.

Yet the new devices haven’t arrested the decline: down from 1.3 million devices in the previous quarter, and 1.6 million the quarter before that.

This time two years ago, BlackBerry was stuffing 6.8 million units a quarter into the channel, with former CEO Thorsten Heins having boasted of selling “tens of millions” of devices based on BB10.

In more positive news, however, BlackBerry is on track to achieve its stated goal of $500m a quarter in software and technology licensing revenue – a new business for the company – by March 2016. The business snagged $137m in revenue, 150 per cent up from the fourth quarter of 2015.

Software revenue is needed to make up for the decline in legacy subscription revenue, dating back to when mobile operators around the world raised a fee from consumers for BIS services using a specially provisioned SIM, what it called an “infrastructure access fee”.

In its heyday, BlackBerry had 80m such subscribers, bringing home almost $1bn a year. But BlackBerry moved away from this model with BB10, launched in January 2013, which doesn’t require special subscriber fees.

BlackBerry retains over $3bn in cash and assets, which after debt obligations leaves cash of $2.07bn.

The company is expected to be grilled on its platform plans in a conference call later today.

A well-sourced Reuters story – which BlackBerry conspicuously failed to refute – suggested that it would release an Android device with BlackBerry’s own goodies baked in.

Another technically feasible option is hosting a guest OS such as Android on BB10, which BlackBerry can now do (a must-read if you're a BBRY watcher), with only minor performance penalties.