Dear Tim Cook, 1989 called – it wants its royalties back 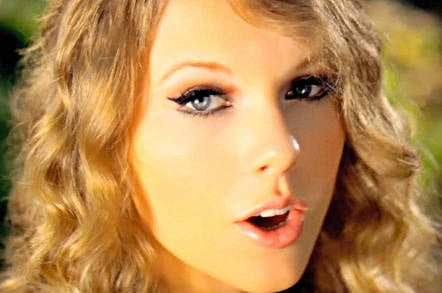 Taylor Swift has come out swinging against Apple's "shocking" decision not to pay musicians or composers a penny during a three-month music-streaming trial period.

The pop star took to her Tumblr account today to confirm that she would be withholding her album – 1989 – from Apple Music to show her support for young songwriters and producers.

Swift said that she found "it to be shocking, disappointing, and completely unlike this historically progressive and generous company" to offer such a no-pay-for-plays trial.

This is not about me.

Thankfully I am on my fifth album and can support myself, my band, crew, and entire management team by playing live shows. This is about the new artist or band that has just released their first single and will not be paid for its success.

This is about the young songwriter who just got his or her first cut and thought that the royalties from that would get them out of debt.

This is about the producer who works tirelessly to innovate and create, just like the innovators and creators at Apple are pioneering in their field ... but will not get paid for a quarter of a year’s worth of plays on his or her songs.

Swift's, er, swift action against Apple – which is valued at $731bn – will be welcomed by indie music labels that have already threatened to snub Apple Music over the three-month trial controversy.

The pop star added that she hoped to convince Apple to rethink its biz strategy.

And she signed off in style:

I say to Apple with all due respect, it’s not too late to change this policy and change the minds of those in the music industry who will be deeply and gravely affected by this.

We don’t ask you for free iPhones. Please don’t ask us to provide you with our music for no compensation.