A trip back in time at the Natural History Museum 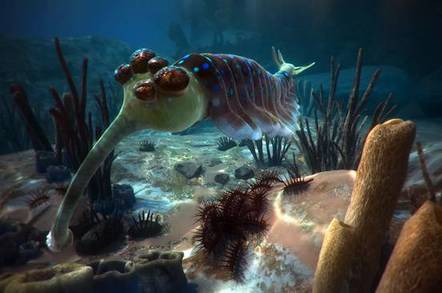 Review One way or another, Sir David Attenborough has been involved in the adoption of many key consumer technologies of recent decades, from the introduction of colour programming as BBC 2 controller, through landmark TV series such as Life on Earth, to the stunning HD of Planet Earth – and 3D nature programming for Sky.

It's perhaps no surprise, then, that the latest addition to the Natural History Museum, a virtual reality experience, also bears the Attenborough imprint, using the latest technology to engage people in a look at the very beginnings of life on earth.

A partnership between the museum, Samsung, Atlantic Productions and VR specialist Alchemy, First Life is a fifteen minute presentation, narrated by Sir David. It explores the growth of life in our oceans from the earliest multi-cellular organisms through to complex creatures like arthropods. The VR realisations are based on fossils from the museum's own collection, to ensure that as far as possible it's grounded in real science. 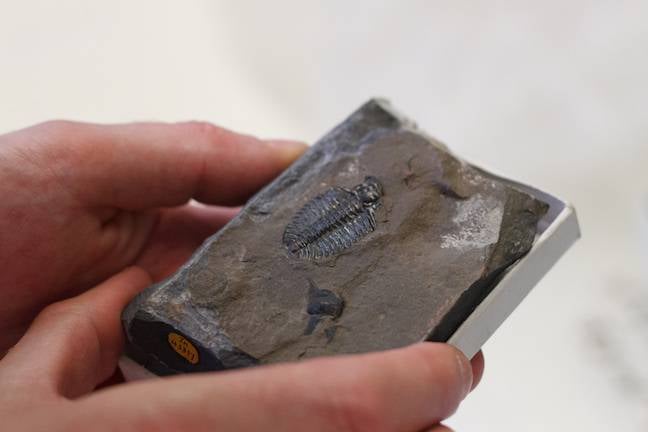 Get your Gear on

The hardware that powers the exhibition is the latest iteration of Samsung's Gear VR, the Innovator Edition – so, essentially, each person in the auditorium has a Galaxy S6 strapped to their face. There's a separate pair of headphones to provide the audio, linked to the headset. Although I've used some VR stuff before, it was my first time with Gear, and even with glasses on, it was pretty decent.

I couldn't get the focus absolutely spot on, but that's more about my eyes and the early hour of the press demo than the kit itself. A brief section at the start of the experience allows you time to tweak the focus before things get going. Most spectacle wearers will probably be best off removing them unless, like me, you have a very different prescription in each eye.

Using the Gear VR is obviously good PR for Samsung, and I suppose it will also allow easy replacement, dropping straight into a new phone should one be damaged by visitors. The resolution is 1280x1440 per eye, which is in theory better than full HD. In practice, while sharp, it's not photorealistic. 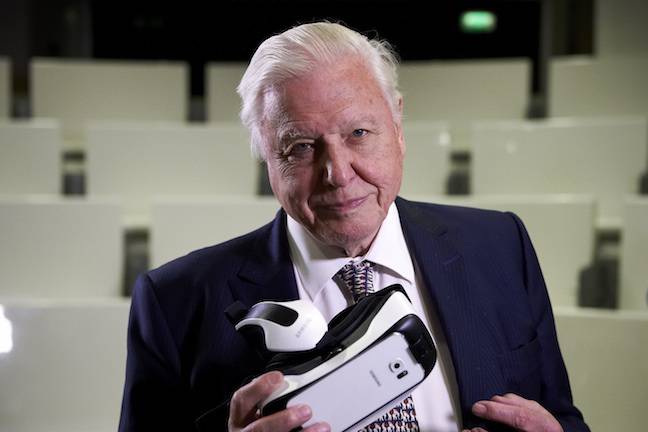 The phone sensors allow the VR software to know when you're moving your head in a different direction, so you can look around and see considerably more than the normal 96 degrees of vision that the system provides. In that sense it is entirely immersive – far more so than, for example, watching a 3D presentation with a set of glasses, where the view is fixed, and you're often all too aware of the edge of the frames. This experience is also, mercifully, missing gimmicks such as things deliberately thrown at the camera to remind you it's 3D.

Natural History Museum under suspicion amid demands of "Justice for Dave"