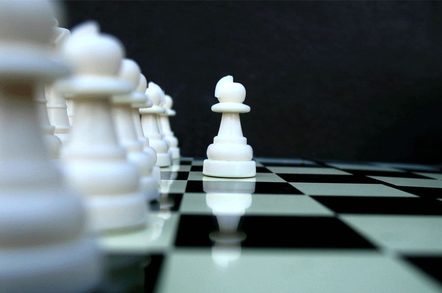 Oracle has confirmed its rumoured hire of former EMC and HP man David Donatelli, and given him the job of running its converged infrastructure business.

The exec actually landed at Oracle at the end of March, though the company refused to acknowledge his presence back then - it’s always nicer to work out if the face fits before going public with an appointment.

Big Red says Donatelli “will be responsible for Oracle infrastructure offerings including the company’s engineered systems, server, storage, networking and tape products. He will also help the company respond to customer demand for Oracle’s hardware solutions that operate in a hybrid cloud environment.”

Donatelli's canned quote says he joined Oracle because “In an industry where our hardware competitors are in chaos, Oracle stands alone with our strategy to engineer all layers of the software and hardware stack to work together seamlessly whether on premise or in the Oracle Cloud.”

“No one else in the industry can do this and I’m excited to be a part of it.”

That's some top drawer press-release talk and is mostly right. But it's also a reflection of Oracle as an outlier: alone among top-tier vendors, Big Red aspires to own on-premises infrastructure, the application and the cloud. Oracle's a mighty company, but customers can always find reasons not to go all-in with a single supplier. Oracle also doesn't have a reputation as a pleasant business with which to do business because it understands the power of incumbency and the cost of big technology shifts. Once one is an Oracle customer, one rarely feels comfortable moving elsewhere.

Let's also consider Donatelli's remark about “chaos”. The chap only left HP a few months ago, so the use of the pejorative reads an awful lot like a parting shot at HP management. Either that or a jab at HP's imminent separation.

Accusing rivals of chaos is also not entirely fair. IBM knows what it's about and has clear strategies for Power Systems, cloud and software-as-a-service, all backed by high-touch and unashamedly high-cost services. Dell has a very clear strategy for satisfying enterprise customers by offering whatever they want however they want it. The EMC Federation has a clear hyperconvergence strategy with VCE and EVO: RAIL an EVO:RACK, growing momentum in cloud application development and a decent cloud offering in vCloud Air.

And of course Oracle also has challengers like Salesforce plus Microsoft's emerging and aggressive hybrid cloud play. Then there's the matter of Big Red's balance sheet, which just offered up less-than-brilliant results.

A look at the scoreboard is also instructional because Oracle's hardware business has not grown strongly since it acquired Sun. Oracle told The Reg it has shipped a whole 10,000 Engineered Systems (to fewer than 10,000 customers) over the life of the product, which isn't an awful lot. To address that issue, the company's signalled it intends to win on price.

But it needs an army of motivated resellers to do the volumes, and Oracle doesn't seem to have too many of those.

Big Red is, of course, in a unique position because its enormous application portfolio means it engages with customers like no other infrastructure or cloud vendor. But that's not automatically turned into a boost for the hardware business in the past. If Donatelli's being asked to deliver that boost, he'll have some interesting days ahead of him. ®