Yep, it's true: Android is the poor man's phone worldwide 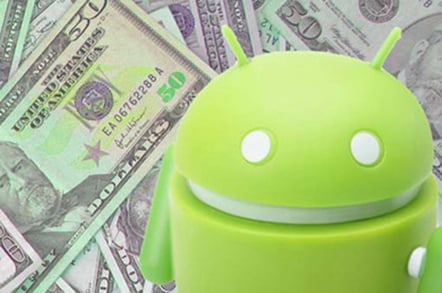 Android’s market share globally is closely tied to the spending power of a particular market and it dominates in low-income countries, a survey of real-time usage has confirmed.

By contrast, Google takes just 20.14 per cent share in Taiwan and under 32 per cent in Denmark Sweden, Norway and Australia.

The figures are drawn from monitoring web usage in retail, and were collected by 51Degrees, which does device detection for website operators.

Real-time usage is a more accurate reflection of what people are actually using – rather than shipments of new devices into the channel.

Overall, four out of five smartphones sold in the world are Androids.

That’s no surprise. Apple happily takes its profits from the thirty richest economies in the world and dominates in the top ten richest.

Also, Apple doesn’t sell cheaper devices: even its “cheaper” iPhone 5C was still expensive (and backed by expensive promotion). On launch, the bill of materials for the 5C was estimated to be $179 while the model retailed for $549 – more than many had expected.

That priced it beyond the reach of many Chinese. But why should Apple care? China remains 89th in the global ranking of GDP per capita.

So as long as Apple retains its brand, consumer markets in emerging markets will pay the premium for the brand, regarding Android as a training ground. ®