Perhaps Norris will get his leg over Angelina Jolie after all? 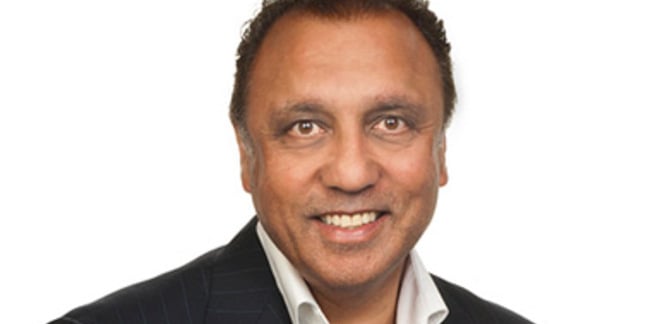 Cheerio Pim: Dale's off as of 1 July

Systemax EMEA chief exec Pim Dale, the man who once dreamed of fashioning the biggest tech reseller in the region, is out following a run of negative results that were criticised by his bosses.

The NYSE-listed outfit, which trades as Misco in Europe, told staff in the UK offices yesterday about his departure, and that outgoing Insight senior veep of operations Simon Taylor is his replacement. The company stated in the note to staff, seen by The Channel:

Today, we are pleased to announce that Simon Taylor will be joining us as president of the European Technology Products Group… on July 1st.

We want to thank Pim Dale, our former chief executive EMEA, and we wish him well in his future endeavours

We asked Dale for comment. He refused to say “anything” (we did ask him to say more than that) but he thanked us for the call.

The tech veteran joined what was a slick reselling machine in 2012, and was handed a remit to stoke up an enterprise tech services sub, moving beyond a pure telesales operation that served to stack commodity IT high and sell it cheap – a model that now has a very limited shelf life.

This was not an easy task but Dale set about dismantling the organisation: to cut costs, he centralised the back office function for the region in a Shared Service centre in Hungary, along with customer services and marketing. This left local offices as mere sales outposts.

Numerous shake-ups to the sales commission plan didn’t earn him any backers among the more senior sales people, some of whom subsequently left and joined local rivals. A sustained period of redundancies didn’t exactly help to maintain staff morale.

Amid the internal upheaval in European ops, Misco started to turn in declining sales, although the acquisition of SCC’s Dutch business helped to paper over the cracks.

Misco also acquired part of the Cisco team at Phoenix IT Group to provide services on networking gear – but sources told us the push had a faltering start as systems were not in place to access SMART Net, which provides 24 hour global support and OS updates.

Both of the UK lieutenants recruited by Dale, former HP enterprise channel chap Richard Logan and one-time fellow Dell exec Gary Withington, exited the business in November, so the CEO appeared to be on borrowed time.

For two of the past three quarters, organic growth has eluded the reseller, and the “core” of the European business, the UK arm, came under fire from group CEO Richard Leeds.

Misco struggled to take advantage of the uptick in the UK economy, and so Dale’s exit is no surprise said said Stuart Fenton, CEO at Microsoft Dynamics System Integrator QuantiQ, and one-time European president at Misco rival Insight.

He said Taylor is a “bold and well respected choice”, and a “no-nonsense operator with relevant experience across all functions.”

Dale, who previously worked at Dell, Sun Microsystems and HP, caused a stir during his first year when he told us that he planned to build the biggest tech reseller in Europe, an ambition that was brushed off by Mike Norris, CEO at titan Computacenter.

Norris quipped at the time that having aspirations was fine but converting them into reality is a different thing. “I’ve got an aspiration to sleep with Angelina Jolie. The difference between me and him [Dale] is that I’ve got a chance.”

Norris told us today: “Computacenter operates in a different part of the market to Misco. I’ve never met Mr Dale and I guess now I never will”.

As revealed earlier today, Taylor’s role at Insight is to be taken on by senior veep of finance Russell Leighton, a 14-year company veteran.