New Bureau of Statistics data reveals a nation of pragmatists, not laggards 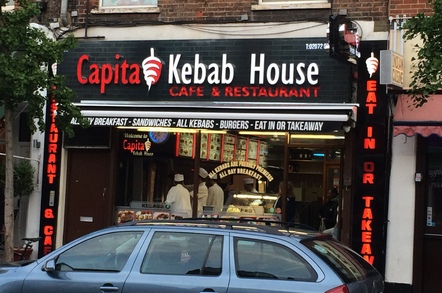 The Australian Bureau of Statistics yesterday released new data on “Business Use of Information Technology” and I expect that any moment now it will be seized upon as evidence the nation's businesses are technology laggards.

That's not the best interpretation of the data. Let's explore why.

The numbers that will most excite the alarmists are 47.1 per cent and 30.8 per cent, respectively the figure for how many Australian businesses have a web presence or social media presence.

The likes of Google, accounting software vendors and social spruikers love to seize on this kind of number and come up with conclusions like “Under half of Australian businesses are online so they're missing out on sales leads and global customers” or “Under a third of Australian businesses are on social media so they're missing out on the next generation of buyers”.

Thankfully the Bureau's also broken down the data by business size, a welcome analysis because so many Australian businesses are truly small. The nation's definition of “small” is up to nineteen employees, but that's arbitrary and unhelpful because most Australian businesses employ fewer than five people.

Does the small, family-owned retailer with three staff at which you buy your milk on the way home from work need a web site or a social media presence? I feel not, which goes a long way to explaining why only 37 per cent of businesses with zero to four employees have a web presence.

Let's not forget, also, that retailers and tradespeople dominate counts of small businesses. So the corner shop is representative of that zero-to-four crowd. And the tradies? They can do better with an aggregation site than with their own effort: services that help you to find a painter/plumber/sparkie make more sense than a sea of sites promoting half a million ute-driving hands for hire.

Here's the Bureau's data by size of business:

Clearly there's room for improvement among Australian businesses: overall income derived from the internet feels low at AU$266.8 billion. And one would imagine that ordering over the internet would be rather more ubiquitous than the 56 per cent reported.

But let's not get sucked into the usual tropes that small businesses need to do better online. Many are just too small for online efforts to make a difference.

Prepare for outrage on another statistical and policy front as the ABS yesterday also released its first Summary of IT Use and Innovation in Selected Growth Sectors, Australia, 2013-14. That data considers the technology use in the five sectors identified by the Australian government “that present opportunities for future growth.”

What? The technology industry isn't listed? Startup-land will have to whinge work harder! ®