Fitbit preps IPO to gobble up $730m from investors 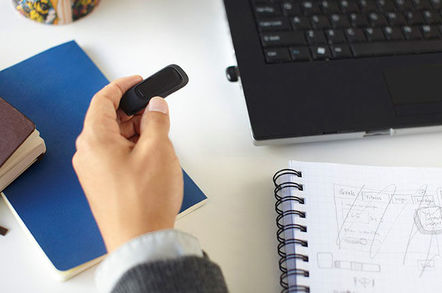 Health-monitoring wearables maker Fitbit has set the price for its initial public offering (IPO) at US$20 per share.

Fitbit said that, on Thursday, it will put 36,575,000 shares of class-A stock on the market with that twenty buck starting price. That would add up to approximately US$731.5m (£461m) in total sales, though that number would change should the stock rise or fall in value.

Fitbit will be traded on the New York Stock Exchange under the stock symbol "FIT". Morgan Stanley, Deutsche Bank Securities, and BofA Merrill Lynch are managing the IPO.

The San Francisco-based Fitbit is best known for its line of health-tracking wristbands. The wearables monitor functions such as steps taken, stairs climbed, and a wearer's heart rate.

Earlier this year, Fitbit was sued by rival wearable maker Jawbone over allegations of employee poaching. Jawbone complained in the suit that Fitbit had targeted its intellectual property by contacting roughly 30 per cent of its employees with the promise of new jobs at Fitbit. ®