Cohesity looking to consolidate ALL THE SECONDARY DATA 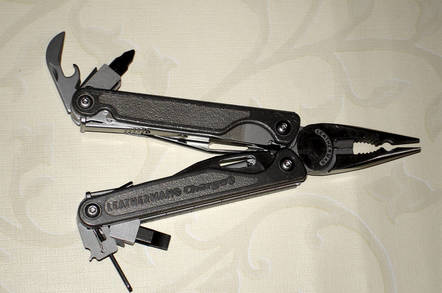 Multiple tools converged onto one platform

It has had such a massive $55m second funding round it's overflowing with cash, having now raised $70m in total since starting up in 2013.

That's eight VCs. What's got them so all-fired up?

Cohesity says its data platform will "eliminate the current fragmentation and data sprawl in development, back-up, and analytics solutions by leveraging a Google-like, web-scale architecture to converge these secondary storage silos onto a single, intelligent platform that empowers businesses to simultaneously manage, protect, and learn from their data".

That's a wide-ranging statement and scope, and gets us thinking of Delphix and its database copy virtualisation technology, Actifio with its copy data management system, and also Catalogix, which identifies duplicate copy data with its software.

Founder Mohit Aron helped with the design and development of the Google File System (GFS). He also co-founded and pioneered the hyperconverged infrastructure company Nutanix, claiming he invented the term hyperconvergence.

He was CTO at Nutanix from September 2009 to January 2013, and founded Cohesity in June 2013. That's a pretty good track record, in anyone's book.

We can loosely position Nutanix as covering primary data storage and compute into its systems, leaving Aron space to converge secondary storage silos in the Cohesity system.

His announcement quote said: “Point solutions like data deduplication and copy data management act as Band-Aids, but only by bringing the data together in one place can customers manage it truly efficiently and start to derive valuable business insight. Secondary storage is where the majority of data goes to die today, so it’s exactly the right place for data services for DevOps and analytics.”

The addition of analytics implies the Cohesity product will have relevance to Hadoop-style workloads, with the Google File System expertise surely relevant to that.

Cohesity says its mission is to reinvent the way every business thinks about their storage infrastructure. Its as if primary data can go on hyperconverged systems with everything else going onto Cohesity, implying the junking of Dell, EMC, HDS, HP, IBM Storage, etc, along the way.

Whatever they're putting in Actifio's water, we'd like some too. Sheesh!

Data herding upstart stamps foot on the gas, bags another $100m in funding