Ramps up RAM, shovels in storage, piles on the performance 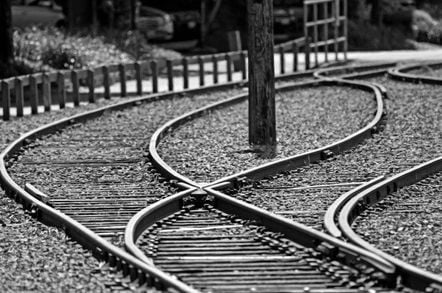 VMware has pumped up the power of its hyper-converged EVO: RAIL nodes with more memory and storage, so they can run twice as many VMs.

As detailed in a VMware blog, the latest node options look like this:

The raw storage capacity per appliance is based on node disk capacity: Config option 2’s 24TB means 6TB per node, which is the raw capacity of the 5 x 1.2TB disk drives in the node. The current EVO: RAIL datasheet lists 3.6TB of raw capacity per node.

An EVO: RAIL appliance consists of four nodes and each node has to be identically configured. Assuming a cluster of 8 appliances – 32 nodes in total – then up to 2,400 virtual desktops or 1,600 general virtual machines can be supported. The previous maximum numbers were 2,000 virtual desktops and 800 VMs.

EVO: RAIL does not support data compression or deduplication, unlike hyper-converged infrastructure appliance (HCIA) startups such as Nutanix and SimpliVity

The latest performance boost comes after Nutanix upgraded its hyper-converged offering to the XCP product. It includes a storage-centric 6035c product with 60TB of capacity. VMware will have a focus on mainstream HCIAs but it will probably have to offer deduplication and all-flash configurations to keep up.

VMware partner Dell offers EVO: RAIL systems and also OEMs Nutanix-based HCIAs. EVO: RAIL is evolving fast and will have to keep on doing so meet and beat the increasing HCIA competition. ®