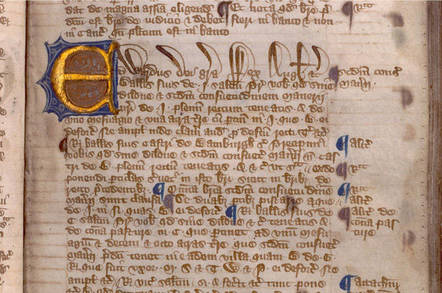 It's the 800th anniversary of the Magna Carta: the document that King John was forced to sign by English barons in 1215, and which has served as the cornerstone for many of the world's judicial systems ever since. And to commemorate it, the British Library has published its crowdsourced version for the digital world.

The Digital Magna Carta was developed by asking kids to put forward clauses, and then allow anyone to vote for them online. The idea was developed by Sir Tim "Yes, that Tim" Berners-Lee's Web We Want campaign, which seeks to empower internet users over governments and business. In the end, roughly 30,000 votes on 500 clauses created the document.

In the very broadest sense, the digital version seeks to achieve the same thing as the original document: to limit the authority of the highest level of government but saying it is not a power in its own right.

The result is however a little, um, repetitious.

The top ten voted-for clauses have been published and eight of them cover the same basic topic: censorship and freedom of speech. So first, in the construction "the web we want will…" is: "not let companies pay to control it, and not let governments restrict our right to information."

The non-censorship clauses are:

While it's not exactly, well, the Magna Carta, it does highlight the biggest concerns for young internet users in 2015.

What is glaring by its omission is privacy, and protection against harm committed online.

Before everyone gets caught up in how wonderful the Magna Carta is however, it's worth remembering that the actual document is not what you think it is, and that it has been its interpretation over the years and its symbolic role more than its contents that have been so influential.

For, example, did you know that:

To celebrate the 800th anniversary, the Queen has got on her gold boat and headed down the Thames to the meadow where it was signed. ®

'Conscience doth make cowards of us all'

We're all in this wiki together

iOS App of the Week Padding through the archives

Both pro- and anti-filter advocates thinking of the kids