There's a new build of Windows 10 Mobile, but you can't upgrade to it

Sorry, faithful testers, you'll need to roll back to Windows Phone 8.1 for this one 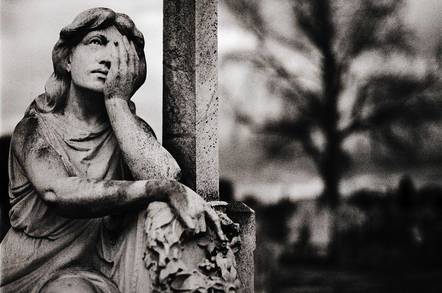 Microsoft is back with another build of the Windows 10 Mobile Insider Preview, but only the most eager testers will be able to get their hands on it.

For starters, Redmond is only making Build 10136 available to Windows Insiders who opt for the Fast release ring. As with Windows 10 for desktop PCs, Redmond is being conservative about which builds it releases to the wider Slow ring.

But getting this build is even trickier than it was for earlier ones. If your smartphone or small-screen tablet is already running a previous Windows 10 build, Build 10136 won't download or install via Windows Update.

Instead, you'll need to use the Windows Phone Recovery Tool to roll your device back to Windows 8.1, then select the Fast ring from the Insider program again. Only then will you be able to get Build 10130. It's a bug, but it's one Microsoft has decided to live with for now.

"We know this is a little bit painful," Windows Insider liaison Gabe Aul said in a blog post, "but we didn't want to make you wait any longer to get a new build and decided (with help from Windows Insiders following me on Twitter) not to hold for those migration issues to be fixed."

Painful could be right. Using the Recovery Tool has backfired on some testers in the past, leaving their phones inoperable. Microsoft says it has those problems licked now, but you might still want to keep your fingers crossed during the rollback process.

You may be feeling a little nervous while Build 10136 installs, too. At the end of the process, you should expect to see the Lock screen without the date and time and your device will appear frozen for up to 10 minutes. Not to worry, Aul said; this is normal. Whatever you do, though, don't freak out and try to switch off or reboot your phone before it's done its thing, or the device could be left "in a funky state."

So what's new this time?

As for what has changed in this build, it's the usual gaggle of fixes and feature updates. Several of the bugs in the previous Build 10080 have been fixed, including the issue with not receiving MMS messages. Others remain, like seeing duplicated apps.

There's also a new bug with Skype that may cause it to stop working after the update. Microsoft recommends you delete the Skype app after you've rolled your phone back to Windows 8.1, then install it again from the Windows Store following the upgrade.

Otherwise, there are a bunch of UI tweaks and Cortana has been polished to match the rest of the OS better. You can also get new information and alerts from Cortana, including flight and package-delivery alerts. Redmond has also made some improvements to make it easier to use devices with five-inch or larger screens with one hand.

If none of these features floats your boat, though, you can always wait for the next preview version of Windows 10 Mobile to appear. Aul said that one shouldn't require you to go through the hassle of rolling back to Windows 8.1.

As for when the final release will appear, there's still no word. Windows 10 will ship for PCs on July 29, but Microsoft has said nothing about the phone version other than it will "release broadly later this year." ®