Go fac' yourselves: US privacy bods walk out of visage recog talks 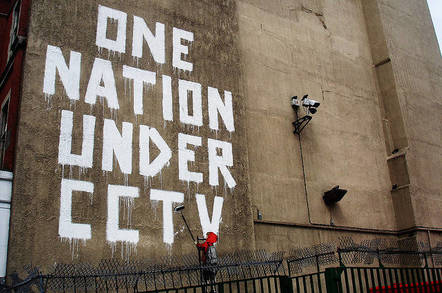 Talks to establish a code of conduct for the commercial use of facial recognition technology in the US have collapsed, following the withdrawal of privacy advocates who claimed industry representatives weren't cooperating.

The talks, which began in February 2014, were organised by the National Telecommunication and Information Administration (NTIA), a division of the Department of Commerce, and aimed to encourage industry and privacy advocates to establish a voluntary, enforceable code of conduct for the commercial use of facial recognition technology on consumers.

However, a joint statement released on Monday by the nine privacy advocates (including the American Civil Liberties Union, Consumer Watchdog and the Electronic Frontier Foundation) revealed that they would no longer be continuing with their participation.

The statement established the parties' belief that biometric information must be considered extremely sensitive personal information which can be "used to identify [individuals], remotely and in secret, without any recourse."

At this point, we do not believe that the NTIA process is likely to yield a set of privacy rules that offers adequate protections for the use of facial recognition technology.

We are convinced that in many contexts, facial recognition of consumers should only occur when an individual has affirmatively decided to allow it to occur.

In recent NTIA meetings however, industry stakeholders were unable to agree on any concrete scenario where companies should employ facial recognition only with a consumer's permission.

NEC Corporation has a section dedicated to promoting the benefits of its NeoFace Facial Recognition suite on its website:

Many opportunities exist to use face recognition in the hospitality, leisure, and retail markets to promote better and more personalised service levels to important customers, as well as the prevention of undesirable visitors.

Flinging out some quick points regarding customer loyalty ("alert personnel to the presence of an important customer") and queue monitoring (which surely does not require facial recognition), the Japanese multinational explains the use of the technology to assemble profiles of consumers, under the heading "business intelligence".

NEC advertises its facial recognition as being able to "monitor, measure and collect data about people in a specific area" including their "age, gender, facial expressions and time in [that] area."

An NEC spokesman told The Register:

NEC’s queue monitoring solution is designed to collect statistics in places where queues of people can form. Information on the queue length, location and time it takes to traverse a queue is useful to help reduce wait times. The build-up of queues up can be frustrating for the public and may have health and safety implications.

Facial recognition is used to allocate an anonymised identifier to an individual so that when this identifier is seen later, the system can calculate a time between different locations. The number of identifiers in a given location can also be calculated indicating the build-up of a queue. These numeric identifiers are only used for a short period of time and then purged. Photographic or other metadata that would allow identification of specific individuals is not used by the system and it doesn’t use a database of stored images.

The statement released by the pro-privacy advocates added that "at a base minimum, people should be able to walk down a public street without fear that companies they’ve never heard of are tracking their every movement – and identifying them by name – using facial recognition technology."

"Unfortunately, we have been unable to obtain agreement even with that basic, specific premise" they explain, ending their 16-month participation in the talks.

An NTIA spokeswoman told The Register: “A substantial number of stakeholders want to continue the process and are establishing a working group that will tackle some of the thorniest privacy topics concerning facial recognition technology. The process is the strongest when all interested parties participate and are willing to engage on all issues. NTIA will continue to facilitate meetings on this topic for those stakeholders who want to participate.”

It appears that the talks will continue - even if just between the industrial representatives. ®