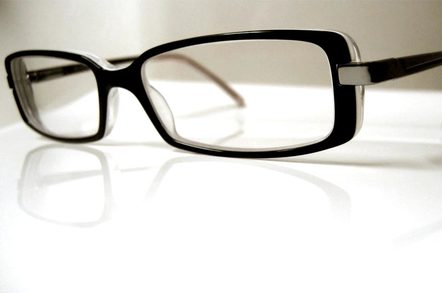 Comment Gartner's gnomes gnosticated on all flash array sales (AFA) and revenues recently. Dell did not appear at all in its charts or revenue numbers and neither did HDS, leading us to suppose Dell revenues were lower than any of the eight AFA vendors mentioned. Yes, really.

What's happened is a consequence of Gartner's requirements for AFA vendor inclusion. These say that a vendor's AFA product should not have the capability of having disk storage as well.

It must not be a hybrid array or be upgradable to a hybrid array within its product category. Any hybrid array sold configured just with flash does not qualify for inclusion in Gartner's somewhat arbitrary AFA definition.

Its AFA MQ effectively requires a vendor to have a separate AFA product identifier and order number – the SKU (Stock Keeping Unit). HP illustrates one distorting effect of this.

It has announced the 3PAR StoreServ 20800 products. The 20850 is the all-flash array while the 20800 is the same enclosure – virtually the same array, in fact – with both flash drives and disk drives available. HP calls it a converged array and it uses the same SSDs as the 20850 – but if you buy an all-flash 20800, Gartner wouldn't count it as an AFA, whereas a 20850 with the same SSDs, controller, software, power supplies, etc, would count. HP is adept at playing the Gartner MQ game.

Both Dell and HDS, like HP, have produced all-flash array versions of their existing VSP and Storage Centre (SC) arrays, but have not turned them into logically (using Gartner MQ logic) separate product lines with their own SKUs and artificial prevention of an upgrade with disks.

Neither supplier appears in Gartner's AFA MQ and reports. How bizarre. Although NetApp appears in the MQ dcument, we understand it is only for its EF-series of all-flash systems, not the all-flash FAS systems which can have disk as well. So NetApp's all-flash array sales are under-reported in that sense,

Any document purporting to assess the all-flash array market, while excluding Dell and HDS AFAs and all-flash FAS arrays from NetApp, obviously has its own internal logic. However, its use as a general guide to the AFA market should be verboten.

We would not be surprised if the Gartner AFA vendor rankings – supposing they did include all all-flash arrays – showed Dell and HDS selling $100m or more each in 2014, with NetApp selling more again.

In fact, Dell says it outsold Kaminario, Nimble, Violin, Nimbus, SolidFire and Pure Storage combined in 2014, which would rank it second only to EMC.

It's not just El Reg that feels this way about the distorting effect of the Gartner AFA MQ – commentators like Howard Marks think Gartner's AFA reporting is skewed as well:

These [Gartner AFA] criteria mean that EMC VNX-F qualifies as an all-flash array, while the all-flash versions of NetApp’s flagship FAS don't, even though the VNX-F and all-flash FAS are as directly competitive, and comparable, as any two storage systems on the market...

Who the heck – and those of you who know me know that heck was not my first choice of words – is Gartner to tell vendors they have to name their products in a specific way, and worse, that they must reduce the flexibility they offer their customers?

Come on Gartner; 'fess up. You got it wrong and are doing people a disservice. ®

'Moore's Revenge' is upon us and will make the world weird

When everything's smart, the potential for dumb mistakes becomes enormous