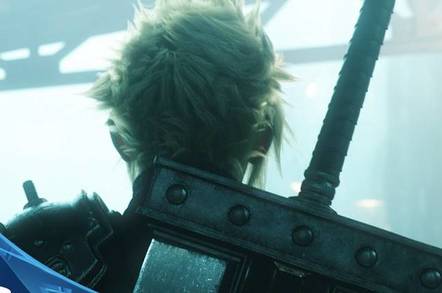 An unmitigated sensation upon its 1997 release, Final Fantasy VII sold 2.3 million copies in Japan within three days. Retailers worldwide struggled to meet the subsequent demand, and as of March 2015 the game had sold almost 11 million copies worldwide.

Now, at Sony's gaming conference, Square Enix has announced that the game will be remade, and has creatively dubbed their project: Final Fantasy VII Remake.

Unfortunately, no gameplay footage was shown with its video trailer, and it is unknown if the remake will be anymore than a graphical update of the earlier release.

The game will initially be released on Sony's PS4, but may follow to the PC and Xbox One

Almost twenty years of hindsight since the original's release provides fans with a clearer view of how radical its use of super-deformed polygons and static backgrounds were, not to mention its sprawling setting, engaging narrative and the length of gameplay too (regularly requiring 40+ hours to complete).

The series regularly receives very high poll results when the public is asked to name its all-time favourite games, and the awards it received and esteem it continues to hold are testament to the work of series creator Hironobu Sakaguchi, writer Kazushige Nojima, and composer Nobuo Uematsu – none of whom are attached to the remake project.

Whether the remake can provide anything new to encourage a similar success or if it will simply be an attempt to cash in on the nostalgia of its initial fan base is yet to be seen. ®