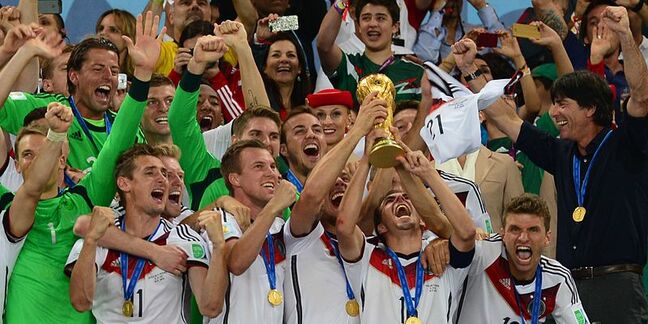 Deutsche Telekom claims to have Amazon and Google in its sights (thanks to a little lens polishing from a Chinese big boy) as it ramps up its cloud business and attempts to dominate the sector in Europe.

DT said it would step up its relationship with Huawei as part of the drive, which it said would double its cloud revenue from business customers to €2bn by the end of 2018, and help it become the dominant European telco.

The gauntlet-tossing German telco presumably means just the vendor’s web services businesses, as any attempt to eat into its rivals’ advertising or marketplace businesses would surely leave it with terrible indigestion.

Ferri Abolhassan, Head of the IT Division at DT subsidiary T-Systems, told the audience at Huawei’s innovation day in Munich that its ambitions would “not be possible” without its Huawei partnership.

He claimed that the partnership with Huawei would enable it to match the “global competitors” on pricing (or help it race to the bottom faster, depending on your perspective on cloud economics).

Either way, this is something it presumably could not achieve by sourcing comms and other kit from rival vendors.

"At Deutsche Telekom, we want to grow by more than 20 per cent each year in the field of cloud platforms, and to become the leading provider for businesses in Europe," he added.

The firm added that “in conjunction with partners, Deutsche Telekom plans to pit itself more strongly against ... Google and Amazon in future. To achieve this, the departments within Deutsche Telekom's segments are now stepping up their cloud activities across the Group".

It is still also a fairly chunky sum for any IT services business to generate from the cloud, and considerably ahead of where DT hopes to be in 2018.

DT emphasised that its “Cloud services for Europe are provided from data centres in Germany, which means that they are subject to strict German data protection guidelines.”

"In cloud computing, data centre location brings the valuable advantage of security. Our customers and partners place their full trust in Deutsche Telekom in this regard," added Abolhassan in a statement.

DT has previously made great play of its offering of a cloud that doesn’t have backdoors to the NSA. Opting to partner with Huawei might underpin this pitch — but would likely alienate those more suspicious users who refuse to believe the vendor is not hand in glove with the government in Beijing.

Presumably, DT doesn’t expect the China link to be too much of problem. Speaking to journalists, Abolhassan added: “There must also be in Europe a force that is an answer to all the initiatives coming from the US", both at the consumer end and industry end. ®