You need one cloud computing provider - and this is why 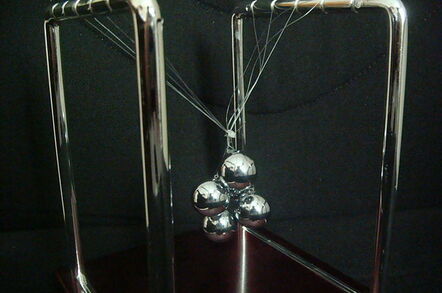 The equation was simple: either choose a fast internal system built on a corporate data centre, where costs reduced as the data centre scaled or outsource to a third-party at roughly the same cost. But you’d still need your IT teams, it wouldn’t scale, and you had to add in the cost of a very expensive data connection.

Then along came VMware, a surplus of fibre from the dotcom crash and the equation changed forever. Virtualisation was the catalyst for change; it allowed managed hosting on a scale previously unknown, at a price that made it a no-brainer. Plus the availability of cheap fibre from the dotcom bubble roll-out and the availability of wavelength-division multiplexing meant the wholesale price of data traffic collapsed.

The equation was now one-sided, data centres were expensive, and hosting was cheap. Businesses virtualised all of their servers and pretty soon their data-halls full of standalone servers turned into a few blade racks in a cupboard, which could work just as well if they were in Slough, Sunderland or Silicon Valley.

Gradually businesses moved their servers and data to outsourced hosts, and started to shrink their IT teams to a few people, managing a few hosting relationships and the remains of the servers they couldn’t virtualise. Then as the man-years of expertise in maintaining IT systems disappeared to the job centre businesses went one step further and gradually moved from remote hosting to remote managed hosting.

That’s how it would have stayed … However, in parallel with the build-up of managed hosting and virtually free data traffic, entrepreneurs in Silicon Valley started to develop new cloud services. Software-as-a-service solutions such as Salesforce.com sprung up, and at the same time Amazon’s Web Services and co-location providers such as Rackspace started to deliver storage and compute services delivered via the internet.

The average business has over 900 cloud applications

After much harrumphing over security IT departments started to stick their toe in the water and try cloud out. At the same time the line of business teams weren’t waiting for the beardy-laggards in IT, instead they were merrily typing in their 16-digit card numbers and doing the same thing but on a much larger scale.

The result of this almost viral cloud take-up is a cloud-mageddon headache for the IT departments. According to Q1 2015 figures from Skyhigh Networks Cloud Adoption and Risk Report the average business has over 900 cloud applications.

The upshot is businesses now have multiple relationships in the business. Each relationship has its own Service Level Agreement (SLA), its own data security levels, nobody is sure who owns the relationship, and any economies of scale are probably being lost through a segmented approach.

The problem then for the IT department – because inevitably this is where the blame falls if something goes wrong - is how do you deal with this multiple-solution multiple-provider management headache?

Why can't there be only one?

A September 2014 survey of 675 IT decision makers from multinational organisations commissioned by Telstra found that the majority of businesses have purchased offerings from multiple vendors, resulting in a complex cloud environment that may be hindering their agility and speed to market.

When asked if they were happy with the multiple-vendors the majority (73 per cent) of those polled understandably said ‘no’ and that actually what they would prefer was a single committed cloud partner, either to manage the relationships with others or as a single provider.

But here’s the problem. If they choose one supplier they’re locked-in, and they may not have the best solution to the problem; if they maintain the current approach there’s just more cloud-mageddon.

As Martin Bishop, Head of Network, Applications & Services, Telstra Global Enterprise & Services, explains the sheer number of solutions available means businesses find it “hard to know which cloud to use, for which application. Additionally the actual mechanics of provisioning their cloud of choice may prove problematic. They may not have the expertise in-house, and the more cloud that they use, the more expertise that they need.”

But what about best of breed?

And as Bishop says there isn’t “one cloud that fits all.” Every cloud has its own strong points, so most businesses end up taking say Azure for one application, vCloud Air for another and Amazon for another.

But choosing this best-of-breed solution adds further complexities, according to Bishop: "Using multiple solutions requires a business to ‘service manage’ their applications in the cloud. They need patches and upgrades and they need to make changes on multiple portals. Quite soon this stops the cloud being a benefit and instead it becomes a headache.”

The answer in the past would be to use your IT department to manage the problems, but as we detailed earlier the departments aren’t there anymore, and if they are, then they’re unlikely to have the skill-sets required for cloud and you’ll need very deep pockets if you want to buy the expertise in for every cloud provider that you use.

So what’s the answer? Well there are plenty of management and orchestration tools available but it’s still relatively early days. They can manage your AWS and Azure portfolios but what they won’t do is manage the network, or take responsibility for the network if something goes wrong.

Nor will they provide the value-adds that you are liable to require in the future. For example at some point you will need to setup some sort of Disaster Recovery solution, but do you choose one that works on all of your different cloud platforms or a separate one for each solution and who will manage it?

The answer to all of these problems, according to Bishop, is a business that works with your existing cloud portfolio be it Amazon, Azure, Salesforce, Rackspace or all of them, and manages and takes responsibility for everything in the delivery.

“Businesses need a single solution that can provide cloud consultancy, a service management wrap, the network - and the management of that network – and services delivered over the top. These four areas are where we see our customers needing help and it’s where we feel we certainly have a big role to play,” Bishop concluded.

Service providers that can provide the breadth of coverage that Bishop describes, are just beginning to emerge: most tick just two or three of the boxes and many just supply one. The sensible businesses are the ones that look for as many boxes ticked as possible. If you want to avoid a cloud meltdown then you’re going to need to start looking fast. ®