Hey kids, who wants to pwn a million BIOSes?

IT security bods warn of 'dysfunctional ecosystem, fraught with vulnerability' 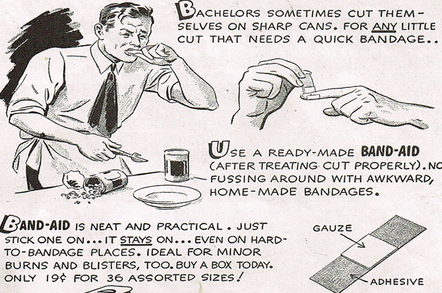 Xeno Kovah and Corey Kallenberg argue that the poor state of low-level software security is among the easiest ways for hackers to deeply infiltrate organizations. A abstract from their paper [PDF], How Many Million BIOSes Would you Like to Infect?, explains:

Almost no organizations in the world perform BIOS patch management, it is almost guaranteed that any given system has at least one exploitable BIOS vulnerability that has previously been publicly disclosed. The high amount of code reuse across UEFI BIOSes means that BIOS infection is automatable and reliable.

PC motherboard firmware is a particularly tasty target for hackers since low-level p0wnage grants miscreants control over the operating system and installed software from the moment the computer is switched on or restarted; allows malware to persist within computers even after a full reinstall; and allows the malware to remain hidden from view. Kovah and Kallenberg have researched firmware security for some time, and have presented on the topic at conferences including CanSecWest.

The relative ease at which new vulnerabilities can be found combined with the "apathy of organisations that do not feel the need to patch known vulnerabilities" is creating a "dysfunctional ecosystem, fraught with vulnerability" the researchers hope to shake up. As part of their work, the researchers created LightEater: a proof-of-concept strain of malware.

"We hope to raise awareness for these issues, so that organisations will take at least the bare minimum step of deploying the patches that vendors have already made available to patch vulnerabilities," Kovah and Kallenberg conclude, adding that customers should put pressure on suppliers who overlook the need to patch firmware.

Kovah and Kallenberg criticize the myth that people risk bricking machines through failed motherboard software updates. "We have overseen the updating of thousands of BIOSes, with not a single failure," they write, adding that BIOS updates are by no means difficult. "They are just executables to be run through your patch management software like any other executable."

Although the state of firmware-level vulnerability patching in general remains even worse than operating system security remediation, partly because patch management systems fail to cover motherboard software updates, there is perhaps some scope to hope things might improve.

Kovah and Kallenberg have started working directly with some computer makers, such as Dell and Lenovo, to speed up the discovery and fixing of low-level security bugs. In cases where firmware flaws are found, the researchers will give vendors a year to clean up their code before going public. ®