Time to face the Apple Music: Spotify looks worried, and rightly so

Projections look really good – if you ignore the elephant 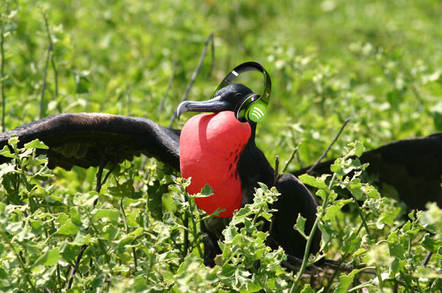 Analysis Spotify has pulled in extra investment and put out figures showing a jump in paying customers - effectively puffing out its chest as hype-magnet Apple enters the music streaming market.

In addition to the $350m in pulled in last month, the company has raised an additional $115m from TeliaSonera, valuing it at $8.5bn. Somewhat unusually the privately owned Spotify not only put out the news but also named the investors.

Usually the company is tightlipped about such information, and observers are reliant on data pulled from its Luxembourg holding company's accounts.

Why the sudden change in approach? In a word, Apple. The tech giant's announcement this week of a new music streaming service – at the same $9.99 a month price point of Spotify.

Despite a number of direct and indirect competitors, Spotify has been leading the music-streaming market, and was perfectly happy making big losses because it calculated that with growth would come profit and market control.

And it was right.

In addition, the more paying subscribers Spotify gets, the less revenue it needs to pay out to rights holders as a percentage of its income. That means greater profits while at the same time being able to argue – as it did in its blog post this week – that it is giving more money than ever to artists.

"As we grow, the amount of royalties we pay out to artists, songwriters and rights holders continues to climb faster than ever. We have now paid more than $3 billion USD in royalties, including more than $300 million in the first three months of 2015 alone. That’s good for music, good for music fans … and good for music makers," it raves.

And on top of all these positive signs, while Spotify's losses have been increasing, they have been tied closely with its expansion costs; the underlying costs of the business have actually been going down.

What this all means is that if Spotify can continue to pile on the subscribers it is (or, rather, was) heading toward a very healthy profit and a large market share that it can then use to protect its position.

Apple may have just disrupted that projection with its new service. Apple Music, which will stream at 256kbps versus Spotify's 320kbps, has access to a huge database of songs through iTunes; it has already cut the deals; and so it can compete with Spotify on a critical aspect of a streaming service immediately: the catalogue.

Apple can also automatically install its app on all its users' phones when they upgrade to the latest version of its operating system. So it doesn't have to spend a small fortune on customer acquisition. And of course, Apple only has to announce plans to do something and it gets seemingly endless and disproportionately positive press coverage.

In other words, Spotify is worried and right to be worried. It looks very rosy right now, but it will be the results from next year – not this year – that are critical because they will tell us whether its projections are still on the right trajectory. If Apple changes that path, we may see a very different corporate strategy emerge from Spotify. The race is on. ®