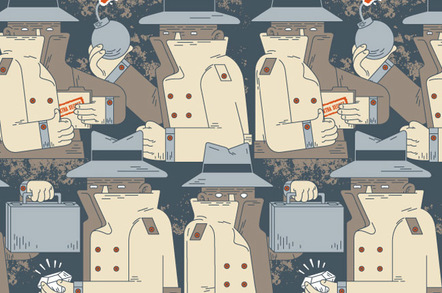 The fast-tracked law will give French intelligence services lots of new snooping superpowers, with little or no judicial oversight.

Civil liberties organisations have described the new bill as an assault on human rights.

“This is the third time in little over a year that France has expanded its surveillance powers,” said Estelle Massé, policy analyst at Access. “This draconian legislation is a dangerous assault on privacy and freedom of expression.”

The controversial bill was presented to parliament by French Prime Minister Manuel Valls following the Charlie Hebdo attacks, but was in the pipeline long before that. The timing led civil rights activists to accuse the government of “blackmailing” the public with the threat of terrorism.

Le Charteur des Snoopeurs would allow spies to use International Mobile Subscriber Identity catchers to hoover up telephone data and to access emails and online communications of anyone suspected of being linked to terrorism without a court order. It also puts most of the power in the hands of the French Prime Minister.

Only a newly dreamed-up executive oversight board would be able to prevent specific cases of spying - and even then a majority of the nine-strong board would have to object.

In April, a group of five MEPs formally asked the European Commission to investigate whether the bill is legal under EU law. In an effort to overcome the controversy, French president François Hollande has also promised to send it to the national constitutional council (Conseil Constitutionnel) for review before implementing it. ®