Dept unprepared for event they planned months ago 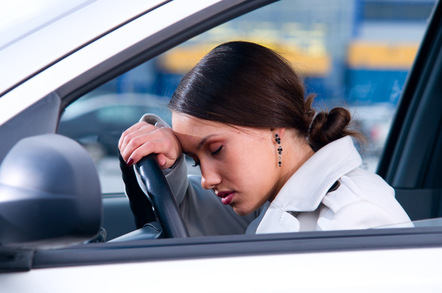 Wakey wakey: Even with months to plan in advance the DVLA's website still collapsed

Updated The Driver and Vehicle Licensing Agency (DVLA) site crashed yesterday under the strain of users flocking to receive an online code to replace their paper driving licence counterparts.

One user, Dave Compton, told us he was still experiencing problems this morning. He said: "I retrieved the sharing code required for my hire car, but only after hours of attempting to log in. I tried again this morning [Tuesday] and couldn't even reach the log on page. It timed out and returned a 500 Internal Server error."

Yesterday was the official launch of the the DVLA site, as paper licences became obsolete as of midnight.

After a major collapse, the site appeared to be working intermittently by the end of Monday (8 June).

In a tweet about the snafu, the DVLA said: "We’re seeing high demand for our View Driving Licence service. Drivers may experience access issues, we’re sorry for any inconvenience."

Started process of getting code from the #DVLA as I need to hire a car in France on Wednesday, and got t#405 error: pic.twitter.com/tPfxD2WKZW

@DVLAgovuk 😳 surely you can do better than that! Pupil unable to drive/take test, due to #dvla error.

This is not the first time the site has experienced problems. In March it was down for nearly two days due to a "timeout error". ®