Russia copies EU commissars with own right to be forgotten law

For glory of perfect reputation of Motherland, tovarisch 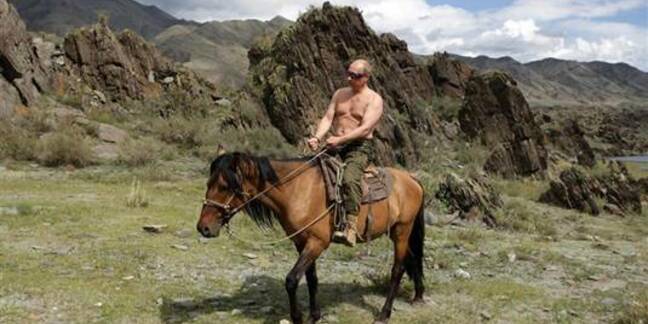 Russia is to push ahead with a new “right to be forgotten” law (RTBF) modelled on the EU version, according to local news reports.

Last year the European Court of Justice (ECJ) confirmed that EU citizens have the right to request search engines remove links to outdated or irrelevant information about them. The Kremlin has been eyeing up this ruling and wants its own version running by January 2016.

However, the EU ruling emphasised that certain figures, such as politicians could not simply re-write history, something activists fear will happen in Russia. There would also be an imperative for search engines to comply with requests made under the proposed Russian version rather than make a judgement about whether de-linking is warranted, according to Russian-language website Vedomosti.

Since the ECJ ruling, search behemoth Google has received more than a quarter of a million requests for removal and says it has evaluated nearly one million URLs. It has de-linked personal information in just 41 per cent of cases.

As yet there are no published guidelines or legal rules about how Google should make these judgments – but some examples of requests made include a German rape victim who wanted a link to a newspaper article about the crime removed (Google agreed) and a Swiss financier who wanted Google to remove more than 10 links to pages reporting on his arrest and conviction for financial crimes (Google disagreed).

Although Google publishes a so-called transparency report on RTBF requests, 80 legal eagles recently asked for more information on how it was making decisions.

Igor Shchyogolev, an aide of Russian president Vladimir Putin, said: “Citizens must be able to use the right to be forgotten.”

In Russia RTBF will be administered by state communications watchdog Roskomnadzor. The organisation has vast powers to unilaterally censor information and order Internet Service Providers to block sites it deems inappropriate or extremist – a recent example includes the Pussy Riot song “Putin Has Pissed Himself”. ®