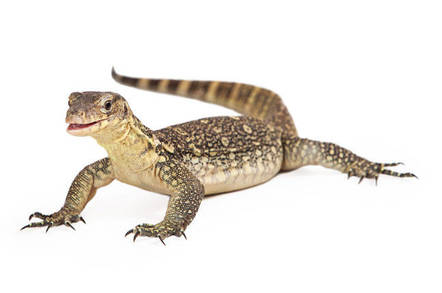 Vertu, makers of super-expensive phones for the insanely rich, has announced two new lizard-skin phones, coming in at a cool £7,600.

“Night Forest is a rich dark green and the Dark Scarlet is a beautifully woody chestnut red, both inspired by the canopy of an English woodland," said the UK manufacturer and retailer of luxury mobiles.

The audio has been fettled by Bang & Olufsen (which used to do something similar for Ericsson mobile phones) and the 13mp camera optics are by Hasselblad. However, what really dates the phone is that it’s still on KitKat 4.4.

Not to be shouted down, Vertu said the “Signature Touch Lizard has polished and brushed Grade 5 titanium sides, a hardened black ceramic pillow, and a Grade 5 titanium back plate. It's wrapped in lizard skin crafted by a small family-run Spanish tannery, established around 50 years ago.”

What really marks the phone out though is the sacrifice made by the Water Monitor Lizard (Varanus Salvator) to ensure this particular communications device is distinctive.

Vertu sources the skins from Indonesia and Malaysia.

The Water Lizards aren't farmed but are pretty numerous, although they are protected in Hong Kong and Thailand.

Customers will no doubt use such a phone to order their camel steaks and python fillets. ®