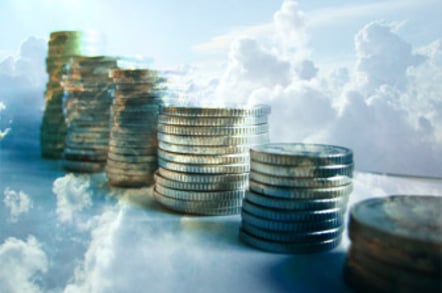 Her Majesty's Revenue and Customs (HMRC) is the first major department to move to Google Apps, part of an apparent loosening of Microsoft's stranglehold on the government's software services.

The department will join the Cabinet Office and Department for Culture, Media and Sport (DCMS) in deploying the fluffy white stuff.

HMRC has 70,000 staff, and as such will be Whitehall's first mass deployment of Google's cloud services.

"Other solutions (e.g Microsoft 365) also scored highly, but the advanced collaboration and flexible working features of Google Apps were the best fit for our needs," it said at the time.

"The acceptance by HMRC that they can store OFFICIAL information offshore in Google data-centres represents a major change and endorsement of Google's approach to managing sensitive information."

If other departments follow suit, this could spell the beginning of the end for Microsoft's monopoly on public sector software services, but rivals shouldn't hold their breath.

Last week the UK government decided it could do without extended support for Windows XP.

However, not all departments and agencies have yet moved from the out-of-support OS. In a blog post the Government Digital Service said there has been "good progress" in moving away from Windows XP.

A Microsoft spokeswoman got in touch to say the company remains a significant supplier of products to HMRC, such as Office, Exchange and other software and hardware. “We recognise and embrace the fact that customers use technologies from multiple suppliers, and will continue to offer attractive and competitive products that our public and private-sector customers want to use," said Redmond's spokesman.

A spokesman at the tax office claimed HMRC has an "ambitious digital future planned", and apparently the contract with Google will make it easier for staff to "collaborate on internal documents".

Following a successful pilot, we are planning to roll out Google collaboration tools to more people throughout HMRC later this year. We have carefully considered the protection of customer information and this remains our highest priority.