Google blames Flash for hobbling Chrome, says it sucks (too much power)

Selective playback to be the new default 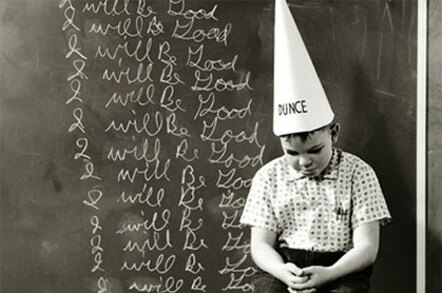 If you reckon Chrome is eating up your laptop's battery, you're not alone. Google is concerned, too, but it says it's not all its fault – Adobe's to blame.

Specifically, the culprit is the Adobe Flash plugin that comes built into Chrome and which automatically displays any Flash content it finds on web pages, according to Google software engineer Tommy Li.

"Adobe Flash allows web pages to display rich content – but sometimes that can put a squeeze on your laptop's battery," Li said in a blog post on Thursday.

To address this, Google has come up with a new fix for its browser – working with Adobe, naturally – that helps curb Chrome's juice jones by running Flash content selectively, rather than letting every item of Flash on a given page run all at once.

Li didn't post any before-and-after benchmarks to illustrate what impact this change has on battery life, saying only that it "significantly reduces power consumption."

The interesting part is that Chrome can already do what Li describes. In the Chrome desktop browser's Content Settings, under the Privacy heading, there is a setting called Plugins. By default it's set to "Run all plugin content (recommended)," but another option is "Detect and run important plugin content." That's the fix Li is talking about.

Beginning with the latest Chrome Beta version, which was released on Thursday, "Detect and run important plugin content" will be the default setting. The same change will roll out to Stable versions of desktop Chrome in the near future.

The parenthetical "recommended" will also be removed from the "Run all plugin content" option.

Naturally, when your Chrome is next updated, you'll still be able to switch back to the setting's original default, if that's what you prefer. Or, if you think it's high time someone did something about all the Flash content on the web and the corresponding drain on your battery, by all means, go ahead and enable the setting now.

Li said Google plans to roll out other updates that will reduce Chrome's power consumption even further in the coming months. ®