But Space Invaders wasn't good enough? How about Minecraft? 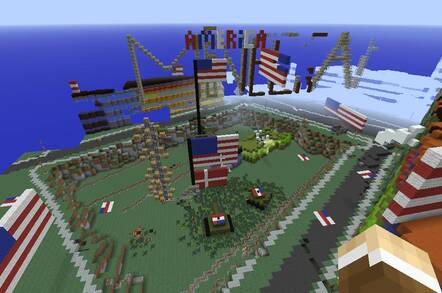 The Strong Museum has chosen its first six honorees for its Hall of Fame for video games – but has omitted some major names in the process.

Pong, Pac-Man, Tetris, Super Mario Bros, DOOM, and World of Warcraft were the first titles to win inauguration for the new Hall of Fame.

Super Mario Bros was noted for its role in resurrecting the video game market in the late 1980s, while World of Warcraft was nominated for its multiplayer modes and Doom gained notoriety for its violent nature and ability to allow user modifications, helping to spawn a market of DIY game programmers who built add-ons based on the Doom game engine.

"The games in the inaugural class of The Strong’s World Video Gamed Hall of Fame span multiple decades, countries of origin, and gaming platforms, but all have significantly affected the video game industry, popular culture, and society in general," the Museum said in a statement.

The first class of the gamer record will exclude some notable titles, including the likes of Space Invaders, Minecraft, and The Legend of Zelda, who were named finalists but did not make the cut to the first class.

Other games omitted were The Oregon Trail, Pokemon, and Sonic the Hedgehog, all of which were nominated but didn't quite make the cut based on their lack of impact on popular culture. Feel free to add your own nominations in the forums.

The Hall of Fame is run by the National Museum of Play, a branch of the Margaret Woodbury-Strong Museum of Play library in New York City. ®

Fund to be put on 'hiatus' after employee grumbles