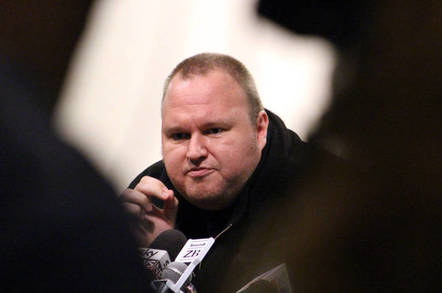 The US has suffered a setback in the interminable case of Kim Dotcom, with a New Zealand court ruling against the seizure of his assets, for now.

The FBI has been seeking assets from Dotcom and his Megaupload co-defendants in NZ, under an order obtained from US courts.

New Zealand's deputy solicitor general had authorised the seizure, a decision which led to the High Court action, and the court has agreed that Dotcom's lawyers are able to challenge that authorisation.

That's based in part on America's legal system considering Dotcom an outlaw, because he is resisting the FBI's efforts to extradite him to the US.

The New Zealand Herald gives the value of assets at stake at around NZ$11 million, including government bonds, the house that Dotcom's separated wife Mona lives in, and a few million worth of cars.

More immediately, the US order would have applied to the $700,000 that the High Court had previously agreed to release so he could continue fighting his various court actions – as well as the extradition order, he's been trying to keep the FBI from getting its hands on his computers, and battling a parallel asset seizure action in Hong Kong.

The US argument was that Dotcom was subject to an American concept called “fugitive disentitlement”, something that doesn't exist in New Zealand.

High Court judge Rebecca Ellis, however, declared that resisting extradition is a right, adding that “there are serious issues raised here that are worthy of something other than summary determination”.

She added that if she refused to permit judicial review, it could deprive Dotcom and the other defendants “of any ability to defend the extradition or to pursue their appeals against the forfeiture order in the United States.” ®