'The Internet of Things is like the Cloud 8 years ago' ... Boss of Dell's new IoT biz spills beans

And pushes out first gateway for $500 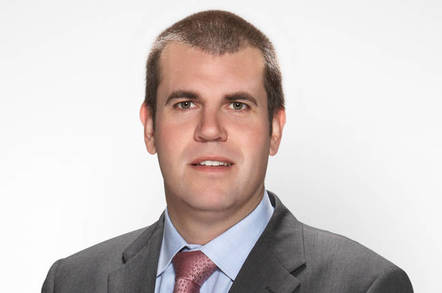 See you in Dell ... Andy Rhodes

Dell has created a new "Internet of Things" division, and launched its first product: a $500 gateway designed for industry.

"The Internet of Things is like the Cloud was eight years ago," the division's executive director Andy Rhodes told El Reg. What, overhyped? Ambiguous? An obscene cash bandwagon? "There is a lot of buzz," he said.

While today's approach of sending data to the cloud and analyzing it to help decision-making is "fine for Fitbit," businesses needs a more secure and robust setup, Rhodes noted.

And that is where Dell hopes its new IoT Gateway will come in. Prices "start at $479" but in reality companies will be looking at $600 to $700. And what do they get for that?

It's basically a repurposed Wyse 3000 Series Thin Client with a 1.6GHz Intel Celeron processor, 4GB of RAM, Wi-Fi, Ethernet, 3 USB ports, Bluetooth, and in weighs in at 5.2lbs.

It won't come with an operating system installed to "provide the flexibility of developing and deploying a range of OSes." It is compatible with multiple systems including Wind River Linux, Ubuntu and Microsoft Windows IoT. There are no moving parts and the box is "designed to last," according to Dell.

The idea is that the gateway will act as a foundation for a larger IoT rollout and combine with Dell's other products – including data analytics and storage – to get businesses started. "First and foremost is security," Rhodes told us. "We provide a gateway that is secured and managed and that uses the same security protocols as our other products. If it's on your network you can manage it like any other network device."

The second advantage to Dell's new product will be manageability: you can control it remotely. And last interoperability. Dell has taken the decision that it will work "with whatever emerges" from the confusing jumble of IoT protocols and standards out there at the moment. Rhodes claimed that while there were a lot of companies entering the IoT field, at the moment there weren't any trusted tier-one companies.

The gateways are intended to fix a problem with rolling out an IoT setup: masses of useless data coming from sensors that need filtering before they reach a backend server for processing. "95 per cent of IoT data is useless," Rhodes explained. "It's the changes in data, or the connection between the data that has value." As such, the gateway will do analytics at the edge and then only relay this "meaningful" data back, saving on bandwidth.

Asked about use cases, Rhodes gave the example of hotel rooms. Your phone could be your keycard of the future, he proposed. And with IoT connected devices, a hotel could do things like temperature control based on occupancy i.e. your room would start heating up when it sensed you were close to the hotel. That could mean huge savings for business.

When pushed on how many of these devices a hotel would need, Rhodes demurred, however. "At the moment it's all trial and error – it could be one per floor, it could be five per floor. It all depends on what people want and how much people to install and so how many data needs to be handled."

The new Dell division has not announced any plans for future releases but Rhodes is bullish. "The market is ripe for everyone to play in," he told us. ®