Why are all the visual special effects studios going bust?

If movies are using more VFX, why aren't they coining it. To infinity? 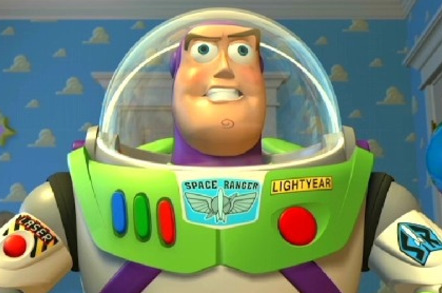 Worstall on Wednesday An interesting read popped up on Motherboard recently: if all and every movie now uses ever more visual effects, then why the heck are all the visual effects (VFX) studios going bust?

The answer given was apparently that Avatar didn't win the right Oscars. This is both amusing and wrong. The actual answer is that this is how the economy works.

Money flows to whoever it is that has the rare thing. Doesn't matter what that rarity is, but if there's a production chain for anything and some components of that chain – whether it be a part, an expertise or a knowledge – are rarer than others, then the value of the whole chain will flow to those who have that rarity.

There's another way to look at it here, seen through the lens of the standard business school approach.

Entirely right, but not quite sufficient.

VFX is high in up-front or capital costs, very low in the marginal cost of extra production. You've got to have your lab, with your animators (all of whom need gagillions of experience, this is a capital cost) but once you have them, the extra cost of pumping out another few minutes of FX is pretty low. In that, the business is very like the chip fab business: I've seen utterings that the next generation of fabs will cost $8bn each.

At that sort of price, the actual cost of making one single chip is nothing. All costs – at least, the only costs you're ever going to think about – are the costs of building the factory that is able to build the chips.

And as we also know, fabs can be hugely profitable things to own. So it's not just that and that alone that determines whether everyone in the business repeatedly goes bust or whether they're minting hot and cold running Ferraris.

The same economic model applies to Facebook and Google: the marginal cost of adding another user to such a network or search engine is to all intents and purposes zero, and that marginal punter brings in some revenue. But it costs quite a bit to have built the network or engine that someone wants to join.

Looked at in the way an economist thinks about business, these are really all just versions of the same case: high capital costs and low marginal costs.

What determines whether you're going to make money out of it depends therefore upon capacity utilisation. If you run your chip fab at 50 per cent of capacity then you will lose money hand over fist. If you can run it at 120 per cent (yes, it happens: capacity is something that is rated, not the actual maximum capacity of a plant), then welcome to that stream of Italian sports cars at the temperature of your choice.