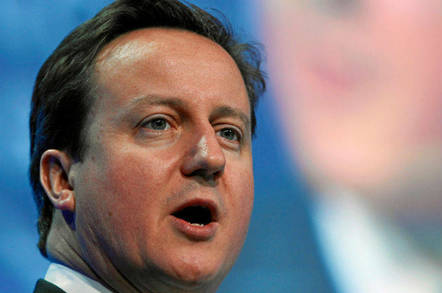 Fail: Pro-EU Cameron will face a fight if he pushes his smut filter plans

David Cameron’s plans to treat us all like children unless we opt out looks likely to be scuppered by new EU rules on net neutrality.

Two years ago the PM vowed to stop children stumbling across online pornography by making parental filters the default standard for internet service providers (ISPs). Sky Broadband introduced its “shield by default” to more than five million customers in January.

But as talks over the EU’s proposed net neutrality law limp on, a new leaked draft document (10 pages, PDF) from the EU's council of national ministers says that parental controls should only be allowed “subject to a prior explicit consent of the end-users concerned.”

In other words, ISPs can’t just switch on the blockers without asking.

And, according to the text, even if a user gives parental controls the thumbs up, they should be able to “withdraw this consent at any time”.

Conservative MEP Vicky Ford said that she was working hard to explain the British position: “In the past few weeks I have had numerous conversations with political groups and it appears there is now a much better understanding of the UK model and especially how end users are in control of any blocking. We have discussed and circulated new legal text, it appears to be getting support. The UK approach is not a common model in other European countries, but I am now hopeful that an acceptable solution will be reached.”

Although the clock is ticking on the negotiations, an agreement still seems quite far off. “Negotiations (a so-called “trialogue” procedure) involving the Council, the European Commission and the [EU] parliament started in March 2015. In these negotiations, the Council has shown no respect whatsoever for the European Parliament’s position. The only movement in the negotiations on any of the points in the proposal has involved concession after concession by the European Parliament, which has received absolutely nothing in return,” said Joe McNamee of digital rights group EDRi.

The law that was originally proposed was the so-called Telecoms Single Market Package. Now all that is left of it is some watered-down proposals on roaming charges – which the EU parliament wants to abolish, while national governments mostly want to keep it as a sop to the big (often state-owned) telco companies – and net neutrality.

It looks as though the net neutrality proposals as put forward by the EU parliament will also be ripped about by national ministers. The leaked text allows exceptions to the ban on blocking and throttling of content if it is “to comply with legal obligations, to preserve the integrity and security of the network, to prevent impending network congestion and or mitigate the effects of temporary and or exceptional network congestion, and to prevent the transmission of unsolicited communications within the meaning of Article 13 of Directive 2002/58/EC” - that’s spam to you and me.

Critics of the changes say that the latest proposed text is “deeply prejudicial to the freedom of communication and innovation.” “We urge the European Parliament not to yield to strong pressure from the member states and powerful industrial lobbies,” continued the French digital rights group La Quadrature du Net. LQdN says that the EU parliament's “reasonable proposals” should be adopted instead. But there doesn’t appear to be much hope of that. The parliamentary proposal that “traffic management measures shall not be maintained longer than necessary”, was deleted by the council of national representatives.