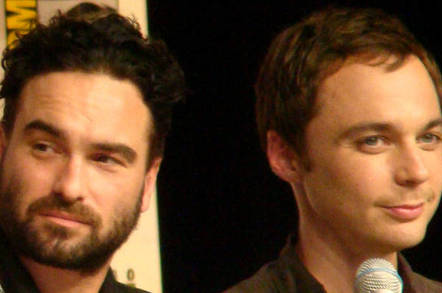 The head of US TV giant CBS said he is open to a deal that would put the network's programming on Apple's TV boxes – if the price is right.

Les Moonves, whose TV empire includes CSI and The Big Bang Theory, said Apple's foray into internet telly will need a television network to create the entertainment. He said Apple will have to pay a fair price before any deal is done.

"The good news for us, is any one of those groups will need CBS," he said.

CBS shows feature on Hulu, a service that runs on most consoles and web TV devices. But Moonves says that the Cupertino goliath is particularly stubborn, saying "Apple TV is trying to change the universe."

While Moonves suggested that networks will still be essential for web TV services, providers have opted to produce their own services. For years HBO has opted to produce its own content, including Sex and the City and Game of Thrones, while other networks have followed and made their own original programming available online without the need for a cable subscription.

Even over-the-top competitors, such as the web service Netflix, have purchased their own original programming (such as House of Cards), putting the services in direct competition with US TV giants and creating a new market for shows that was once limited to the three US networks and a few cable giants.

To make matters worse, US cable providers have already begun to move away from the lucrative bundle packages networks enjoy by offering a-la-carte programming packages.

Still, Moonves sees CBS in a position of strength when it comes to agreeing on ad deals. The network, founded in 1927, believes its lineup of TV franchises will always be in demand whether it is internet services, cable networks, or over-the-air providers that are serving up the shows, ®