Fibre Channel over Ethernet is dead. Woah, contain yourselves

No one (well, maybe just Cisco) wanted it 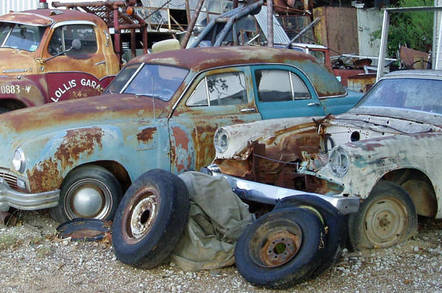 Comment How many times have you heard one of these statements: Tape is dead! Mainframe is dead! The laptop is dead ... and so on. It then turns out not to be true.

Most of the time it was just a way to say that a newer technology was seeing a strong level of adoption, so strong as to eclipse the older one in the eyes of the masses. However, in the case of Fibre Channel over Ethernet (FCoE), it's slightly different.

No one wanted it!

Well, no one except Cisco.

FCoE is a standard way to encapsulate Fibre Channel (FC) frames into Ethernet networks. It is a lossless protocol encapsulated in a best-effort network. Why? Technically speaking it makes no sense.

But FCoE has nothing to do with technical reasons. At one time the FC market was in Brocade’s hands while iSCSI was not considered enterprise-grade. Cisco was not as good as Brocade on FC but it had a lot of expertise in Ethernet and IP. So it pushed very hard, at every level, and promoted FCoE.

It is a protocol that has a lot of implications but, above all, specialised adapters (CNAs) and specialised high-end Ethernet switches. Long story short; it could have meant a lot of revenues and control all over data centre networks. Alas, it didn’t work as expected.

The list of problems in adopting FCoE was very long:

In the meantime, iSCSI inherited most of the good stuff from FCoE (suh as DCB, or Data Centre Bridging, for example) and it has slowly become much more appreciated by end users and vendors.

The standardisation process of FCoE started in 2007. Now, after eight years, most of the vendors support only iSCSI and/or FC while FCoE is no longer to be seen in any future roadmap.

It has been of help

Thanks to FCoE, Ethernet storage has grown tremendously. A few years back, it was considered only for secondary needs. Mostly because it was associated with mid-range or low-end iSCSI storage, and often poorly implemented on the networking side.

Now, it is considered as first citizen and some vendors (like SolidFire) leverage it to build huge infrastructures. Nonetheless, all VSAs and hyper-converged products are all based on Ethernet communication protocols, and not FCoE.

Would you buy FCoE today? Cisco partners don’t even use it: EMC maybe, but most NetApp FlexPod installations I’ve spotted in the field primarily use NFS, and other storage suppliers, such as Pure or Nimble, don’t support it at all.

FCoE failed miserably ... and Cisco lost a chance to control the whole data centre. It can’t always be a success.

From this point of view, today, Cisco is the market leader for data centre blades and networking. However, it has a very poor standing where storage is concerned. Despite the fact that it isn’t doing that badly with FC switches and directors.

It’s time for it to look around, forget FCoE (and other false steps made with Invicta), and start building a serious storage portfolio, especially now that it is no longer tied to EMC. ®

Wants to hang on to sales dominance

The down low on why Coho Data is a no-go