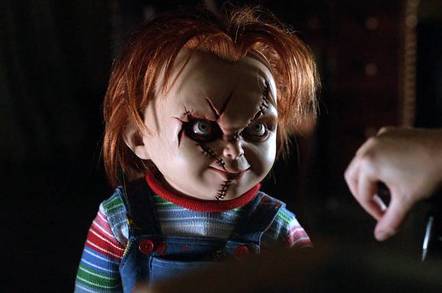 A Google patent uncovered by tech law firm SmartUp seems to describe a toy that will look at and talk to your kids, then update a remote media device, depending upon the child's feedback.

The inventor of the evil robot is named as Richard Wayne DeVaul, whose job title is "director of rapid evaluation and mad science" at Google X. He is described as working "in a secret Google lab that may or may not be filled with roving robots, space elevators and talking refrigerators".

The spookily surnamed DeVaul has been oddly quiet on Twitter since beginning work at Google almost four years ago.

The abstract for the patent explicitly describes: 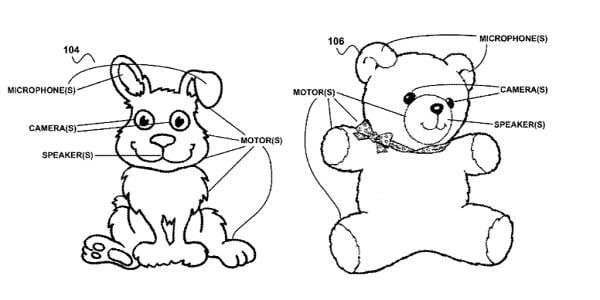 The patent suggests other forms the demon dolly could assume in order to lull your child into a false sense of security, bizarrely noting it could take the form of a dragon or an alien.

"Young children might find these forms to be attractive," it says. "However, individuals of all ages may find interacting with these anthropomorphic devices to be more natural than interacting with traditional types of user interfaces."

A patent filed earlier this year has raised ridiculous concerns that Google may be building a robot army. These robots may be loaded with distinctive personalities, which alarmists claim are designed to raise the youth of humanity once Google's AI destroys all adults.

Google has not responded to The Register's inquiry about the integration of these distinct areas of research at the time of publication, which we have stressed is to suppress such unnecessary tinfoil-hattery. ®