Fine-control brain-powered technology with a solid use case 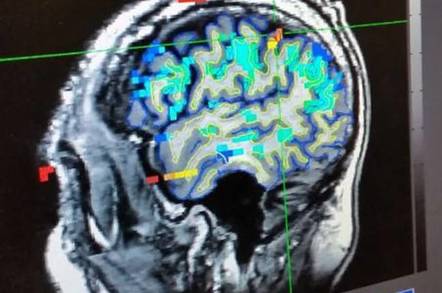 Vid Scientists have developed a brain-controlled prosthetic arm that can perform fine motor movements well enough to lift a pint of beer without spilling it. 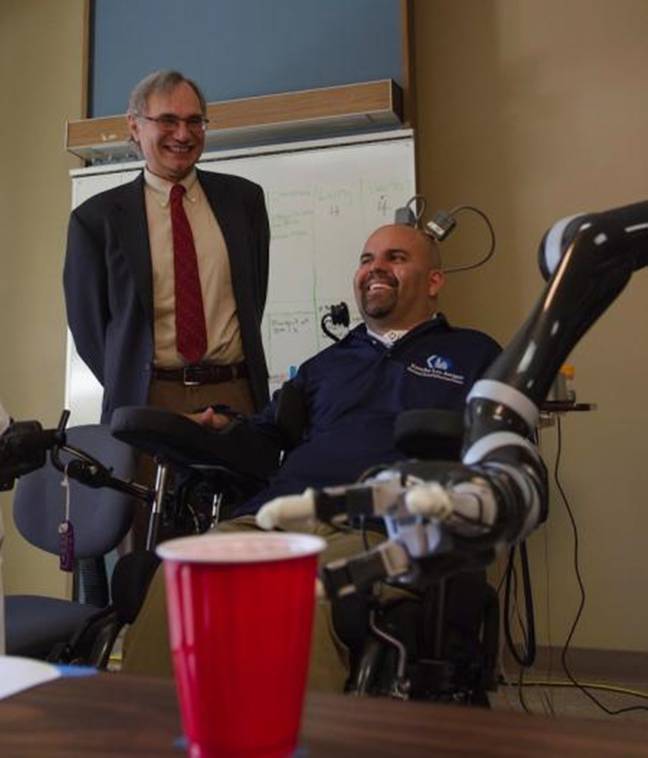 Mind-controlled prosthetic limbs are nothing new, but they tend to be rather jerky in their movement, which severely limits what people can do with them. This is because most tap into the brain's motor cortex – the part of the noggin used to direct physical actions.

Professors at the California Institute of Technology took a different approach, relying not just on the motor cortex but also two implants consisting of 96 electrodes apiece: these implants are attached to the brain's posterior parietal cortex (PPC), which plans physical movement rather than performing it.

"The PPC is earlier in the pathway, so signals there are more related to movement planning: what you actually intend to do rather than the details of the movement execution," said Richard Andersen, the James G. Boswell Professor of Neuroscience at CalTech.

"We hoped that the signals from the PPC would be easier for the patients to use, ultimately making the movement process more intuitive."

For the patient who tried on the gear, the idea worked: he was able to direct the robot arm more precisely than other brain-controlled prosthetics. The subject could pick up a plastic cup of beer and drink it without quaffing*, shake hands smoothly, and play Rock, Paper, Scissors using fluid and precise movements.

Using the prosthetic arm linked to both the motor cortex and the PPC does require a different approach to training the control software. Rather than just thinking "grab the cup," the user has to think "I want to grasp the cup this way." This proved easy to learn and much more effective at mimicking a biological process.

"This study has been very meaningful to me. As much as the project needed me, I needed the project," said the test subject Erik Sorto, who has been paralyzed from the neck down for the past ten years.

"I joke around with the guys that I want to be able to drink my own beer – to be able to take a drink at my own pace, when I want to take a sip out of my beer and to not have to ask somebody to give it to me. I really miss that independence. I think that if it was safe enough, I would really enjoy grooming myself – shaving, brushing my own teeth. That would be fantastic."

Unfortunately for Sorto, the beer picked for the experiment was Modelo, a Mexican beer that – like many brews served in the US – tastes like making love in a canoe (Google it). Given the huge number of excellent craft breweries in California these days, the poor chap should get a better tipple next time.

The next stage in the research is to work on the feedback mechanism from the arm back into the human brain, Andersen explained. Once that's possible then mind-controlled prosthetics could be almost as good as the real thing.

"To really do fine dexterous control, you also need feedback from touch," he said. "Without it, it's like going to the dentist and having your mouth numbed. It's very hard to speak without somatosensory feedback." ®

As the late, great Terry Pratchett once observed, there is a big difference between drinking a beer and quaffing one, since quaffing is "like drinking, only you spill more."