Want to be the hottest thing since Melrose Place? Get these Lycos patents

Who wouldn't want to own IP from firm that peaked 20 years ago? 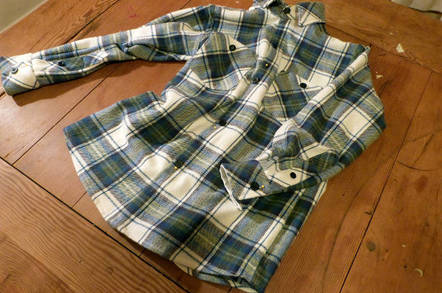 Dial-up era icon Lycos has finally gotten around to selling off its patents.

The erstwhile search engine of the Clinton administration has embarked on a campaign to sell off its intellectual property holdings in an attempt to generate some revenue.

The company has hired a consulting firm called Propeller(y) to help flog its patents in areas ranging from search to advertising to potential buyers.

"We are excited to work with such an advanced portfolio,” said Propeller(y)'s Stayko Staykov, the man being paid to big up Lycos.

"Some of the assets have forwards citations in the hundreds and all describe technologies that are critically relevant for the online and mobile industries, while having applications in emerging fields such as internet of things."

Best known for being relevant in the days when you chose your ISP based on which spammed CD hit the mailbox first, Lycos was acquired by Telefonica in 2000 for the eye-watering sum of $12.5bn, or a little more than half of a Whatsapp.

The deal would become second only to AOL/Time Warner in dot-com infamy when, just four years later, Lycos was resold for just $95.4m to Korea's Daum, and then once again pawned off in 2010 to Ybrant Digital for $36m.

In its heyday, Lycos laid claim to some of the biggest names on the burgeoning internet, owning brands including Hotbot, Tripod and Angelfire. Since then, the site has fared little better than its fellow 1990s internet giants in weathering the dot-com bust and subsequent annihilation of early web properties.

Now, Lycos hopes to trade on its brand name and iconic status to turn some of its remaining patents into a quick buck.

"The Lycos’ engineering team holds an incomparable vision for the industry and acknowledges that the company will celebrate old fame but will not be restricted by it," Lycos said, somewhat hopefully .