Surprise decision will likely see him leave before critical transition 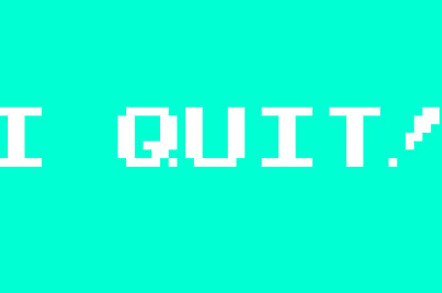 ICANN CEO Fadi Chehade has surprised the internet community by announcing he will step down from the job after just three years in the post.

In an announcement on the domain name overlord's website, the organization said that Chehade has "informed the Board he will be concluding his tenure in March 2016 to move into a new career in the private sector (outside the domain name industry)".

The timing is unusual in two respects. Firstly, it means there are 10 months between now and when he will leave. Most executive contracts had a one-year or nine-month leaving clause, so Chehade either informed the Board of his intent two months ago, or the Board has decided to announce the decision immediately.

Secondly, the March 2016 leaving date means that Chehade will, most likely, no longer be CEO when ICANN takes over the critical IANA contract from the US government for the first time.

That contract is due to expire in September but everyone expects the handover to take longer and the US government itself asked the internet community earlier this month to give it a realistic deadline for when they will be ready.

It is possible that the internet community will be ready by March 2016 — and ICANN has a meeting scheduled for 6-11 March in Marrakech — but at the moment it looks more likely that a 30 June date will be the final one, meaning Chehade will miss out on being able to claim the transition as a legacy of his time as CEO.

In response to the news, the US government official in charge of the transition noted Chehade's contribution to the organization, but also noted that it would not impact the move.

"Fadi Chehade has served as CEO of ICANN with tireless dedication, and I greatly appreciate his ongoing commitment to improve the accountability and transparency of the organization," said US Assistant Commerce Secretary Larry Strickling.

"A successful transition does not depend on the leadership of a single individual, but rather the engagement of the global multistakeholder community working collaboratively to ensure that the Internet remains open, secure, and resilient. I urge the community to remain focused on the important task of developing a transition proposal, including enhanced accountability mechanisms, that fully meets our conditions and can be implemented in a responsible and timely manner.”

Chehade's current contract is due to expire on 30 June 2017, so he has either been given an opportunity that he feels he can't miss or the sometimes-impossible job that is ICANN's CEO role has caused him to jump ship at the first good offer.

The decision is also unusual given ICANN's history, where CEOs have tended to try to stay in the job for as long as possible and have typically been booted out at the end of their second contract.

Chehade was greeted with fawning praise when he arrived at the organization, particularly given the largely disastrous era of his predecessor. He then made a range of improvements to the organization, improving its professionalism and bringing in more people and more money.

He also impressed many by bringing in two of the people who had also vied for the CEO role as senior staff.

Before long, however, the tendency of the organization's staff to see itself as victims in a larger community — despite possessing more decisional power than almost any comparable organization — started to seep into Chehade's interactions.

Most famously, Chehade was caught on tape lambasting an independent working group looking at the IANA transition, claiming that they didn't know what they were talking about.

Hire who you know

Chehade also repeated the habit of bringing in his own people, but did so to such a degree that he started isolating himself within the organization. Almost every new senior hire in the past three years has worked with Chehade at a previous company. Internally, staff started complaining that nepotism was damaging the organization's effectiveness.

Chehade was also repeatedly tripped up by his habit of telling each audience what it wanted to hear and then going his own route. The ICANN community is unusual in that while the different arms are often at odds with one another, a deep distrust of the organization's staff and Board often trumps their own disagreements.

But what may finally have killed off Chehade's willingness to remain CEO was repeated setbacks on his own personal projects. When Edward Snowden revealed the extent of US government spying on the internet, Chehade used it as an opportunity to insert himself on the world stage, holding a meeting with Brazil's president, hosting an internet governance conference and joining up with the World Economic Forum to push his idea of a new internet governance body.

That plan was shot down by the internet community itself, bruising Chehade's ego and embarrassing him at a level he could not have expected to reach when he first took the job.

Regardless, Chehade's tenure will be seen as one that helped bring some business understanding to the notoriously amateurish organization, and helped make the organization work more efficiently and effectively.

The difficult part for ICANN will now be to find a successor just three years after its last search while also negotiating the tricky IANA transition. ®