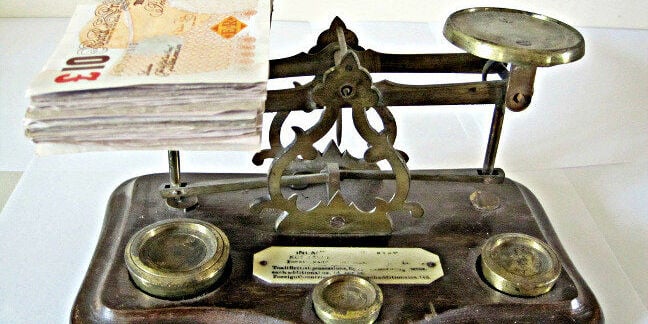 H3C, a networking business that started life as a joint venture between 3Com and Huawei but is now owned by HP, is to become a majority-owned subsidiary of the state-controlled Tsinghua Unigroup.

A remnant of what was once a titan of the networking business, H3C Tech was created in 2003. It was originally a badge-engineering deal designed to fill out 3Com's shrunken product portfolio (it had closed or hived off most of its enterprise-scale switch business in the late 1990s).

3Com bought the whole shebang from its partner back in 2007, but was itself acquired by HP in 2009. Despite being owned by HP, H3C operates its own brand and develops its own kit. Doing so helps it to address the Chinese market, where it does best. HP of course has a strong networking brand of its own, but has also sold some H3C kit to fill gaps in its portfolio.

HP has considered H3C surplus to requirements in part because China's not an easy place to do business in these post-Snowden days. Product overlap doesn't help matters either. The rumour mill has suggested HP is about to sell H3C for a few months, but it now appears the deal is done.

HP has had the business on the auction block a year, and Reuters says it was looking for US$5.5 billion for H3C Tech. Times of India gives a more subdued valuation of $1 billion.

The former 3Com is rooted back in the earliest days of the network business – it was founded by Ethernet co-inventor Robert Metcalfe, and after troubles in the 1980s, by the 1990s it was generating annual revenues over the billion mark.

However, in the late 1990s it became infatuated with consumer tech, and – also feeling pressure from Cisco's increasingly-aggressive Ethernet switch business – it decided to forgo big Ethernet iron, DSL and cable modems to focus on consumer kit.

3Com also gave the world handheld pioneer Palm, which it developed and then divested. 3Com also made a brief and disastrous foray into the early Internet radio business, buying Kerbango and creating the laughable Audrey Internet appliance, while its main volume play, Ethernet adapters, was being swallowed by on-board adapters.

After a long period of restructure, 3Com re-emerged as a serious business in 2007, and became part of HP. The likely sale to Tsinghua Unigroup doesn't end the 3Com story, but does add another odd chapter to its long saga. ®