A good effort, if a bit odd: Windows 10 IoT Core on Raspberry Pi 2

The question is, does the Pi really need Windows? 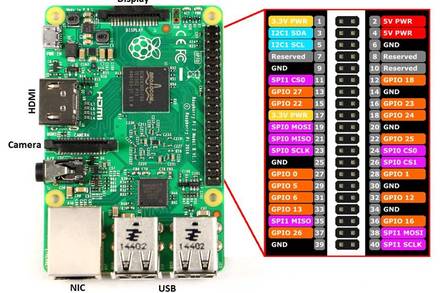 Raspberry Pi 2: Does it need Windows 10?

First Look Microsoft has released a preview of Windows 10 for Raspberry Pi 2, the £30 ARMv7 computer board produced by the Cambridge-based Raspberry Pi Foundation.

In other words, the company has hijacked the IoT (Internet of Things) buzzword and applied it to embedded Windows. That said, the old Windows CE apparently lives on for those who need it, since unlike other versions of Windows it is a real-time operating system (RTOS).

Windows 10 IoT Core is an oddity in that while it does have a GUI stack, it is limited to Microsoft’s Universal App Platform (UAP), though note that this includes DirectX as well as XAML (Microsoft’s presentation language for UAP) and HTML.

This means that there is no Windows desktop, nor even a command prompt. That said, it does support PowerShell remoting, which gets you a remote PowerShell terminal from which you can run familiar Windows commands. 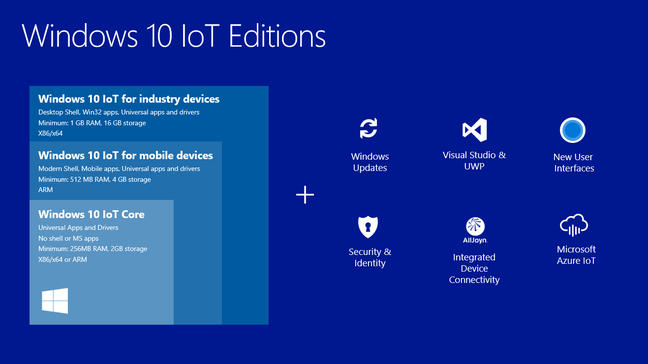 Although education and hobbyists seems to be the main target markets for Windows 10 IoT Core on the Pi, there are also features aimed at business users, though it is not clear whether these are in the preview.

Devices running the OS will be manageable via InTune (a cloud service) or System Center, and you will be able to configure updates in one of three modes: all features, security patches only or none. Domain join is not possible, though.

The price? “Windows 10 will include a new IoT edition for small devices that is tuned to run Windows universal apps and drivers and is royalty free to makers and device builders,” said Microsoft’s Don Box in this post.

Note that IoT Core is not limited to UAP apps. Native Win32 apps run, but you will not see any output other than in a remote session. You can create server apps, though, and one of the samples uses Node.js with a native extension to return memory status to a browser. There is no web server in IoT Core, but Node.js has one built-in. Node.js normally uses the Chrome JavaScript runtime, but in this case it uses Microsoft’s Chakra engine instead.

The current preview has several limitations. Wi-Fi and Bluetooth are not supported, and there is a long list of other issues which make the preview suitable for experimentation only. In addition, not all UAP APIs are supported.

Next page: Getting Started
Page:
Tips and corrections
73 Comments

Care for a Flutter? Google emits fresh version of all-things-app-platform, plus a tart-up for Dart