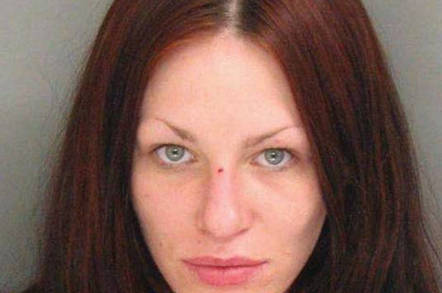 A former call girl has plead guilty to felony charges in the death of a senior Google executive from a heroin overdose.

Alix Tichelman received a six year sentence for charges of involuntary manslaughter and drugs possession. She is expected to serve around three years behind bars, given her time served in jail already.

"Alix just called. She has been sentenced to 6 years. But this is a local sentence in California which means she will serve 3 years in county jail BUT she has 2 years credit (time served) whilst she has been awaiting pre trial. So she will be coming home soon!!!!!!!!!!!," said a post on her Facebook page.

Tichelman was charged after the 2013 heroin overdose death of Forrest Hayes, then a senior manager with the Mountain View search giant's Google X skunkworks.

Tichelman, who claimed Hayes was a client, administered the fatal dose of heroin to Hayes aboard his yacht Escape in Santa Cruz, but the dose appears to have been too strong.

After Hayes fell unconscious, Tichelman briefly tried to revive him and then lingered aboard the yacht, clearing away evidence of the drug use and finishing a glass of wine before leaving the boat. Hayes, a married father of five and a former Sun and Apple exec, was later found dead by dock staff.

The scandalous nature of the case rocked Silicon Valley and the seaside town of Santa Cruz as it unfolded in 2014. Hayes and Tichelman met on a "sugar daddy" matching site that connects women with wealthy men. Tichelman's father, Bart, is the CEO of IT services company Synapsense.

Tichelman would eventually be charged with felony manslaughter and administering drugs, though the manslaughter charge was eventually reclassified as involuntary and the drugs charges reduced from a felony to a misdemeanor. She was caught when police examined the yacht and found security cameras had picked up the incident.

She has also been connected to the death of another man in Georgia in similar circumstances, though no charges were filed in that case. ®