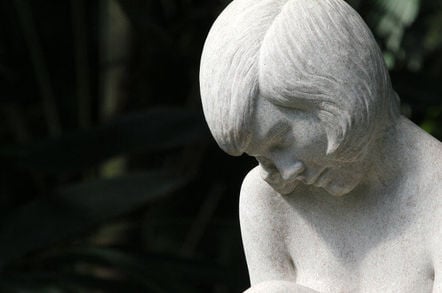 Dubious: Three Jane Does had their sex trafficking case dismissed

A judge has dismissed a lawsuit brought against a classified ads site used by pimps to facilitate underage prostitution, arguing that the “internet freedom” of website operators trumped the rights of three girls who were trafficked and raped.

The girls argued that Backpage, a US classified advertising website jointly owned by Village Voice Media Holdings and New Times Media, was rather more than a neutral bystander, and should lose its protection because it took steps to encourage the trade.

The case had been brought by three anonymous “Jane Does”, who had all been trafficked and used as escorts while underage, with Backpage’s escorts service said to be facilitating the trade.

Jane Doe No.1 was sold as property at the age of 15, appeared in some 300 Backpage classifieds, and, according to the judgment, was raped more than 1,000 times. Her pimp moved her from town to town to evade detection.

US website operators and ISPs are shielded by the Communications Decency Act, passed when the internet was in its infancy. This is a law intended to shield innocent and well-intentioned operators from onerous responsibilities.

The girls alleged that Backpage was culpable for the illegal trade – the prostitution of minors is a criminal act – and said that shield provisions in the Communications Decency Act should not have applied.

While Backpage operated a filter on certain terms, it had, according to the Jane Does' claim, failed to filter alternative terms used by paedophiles such as “girl”, “young”, “underage”, “fresh”, “tiny” and “roses”.

It allowed misspellings of filtered terms. When an advertiser entered their age as being under 18, Backpage would reject the advert – but allowed the immediate re-submission of the ad with the age changed.

Backpage also failed to take down advertisements after complaints in across its network – it only responded to the complaint in the complainer’s geographical area. And it stripped metadata from photographs of the girls, which they said made catching the pimps much harder.

By doing all this, Backpage had been responsible “in whole or in part for the development of information provided through the internet”, and, the girls argued, should lose its Section 230 immunity as a neutral interactive service.

There are precedents: on a previous case, Roommates, [SUBS Fair Hous. Council of San Fernando Valley v. Roommates.Com, LLC, 521 F.3d 1157 (9th Cir. 2008)] had lost its CDA shield because of the way it processed information.

Judge Sterns, sitting in the Massachusetts District Court, threw out the Jane Does' case, concluding:

“Congress has made the determination that the balance between suppression of trafficking and freedom of expression should be struck in favor of the latter in so far as the internet is concerned.”

Plaintiffs for the girls are appealing.

The court received two amicus briefs (a submission intended to educate the court on points of law that are in doubt or raises awareness about aspect of the case that might otherwise be missed) defending Backpage – from “digital rights” groups the Electronic Frontier Foundation and the Center for Democracy and Technology. Google has provided money to both outfits, the latter through its “Policy Fellowship” programme.

You can read the full ruling here. ®