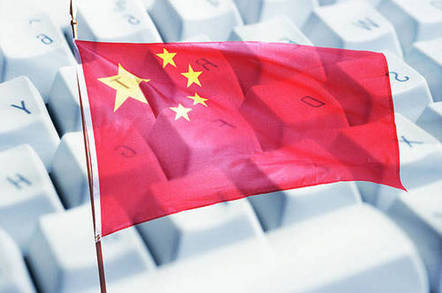 Six Chinese nationals acting as university professors and graduate students have been arrested on charges of stealing wireless technology from US firms and exporting it to the Middle Kingdom.

The US Department of Justice (DOJ) has charged the group with attempting to lift intellectual property from two Silicon Valley companies: Avago Technologies and Skyworks Solutions. The indictment (PDF) charges the group with 32 criminal counts, including espionage and theft of trade secrets.

According to the DOJ, the group of academics conspired to steal technology for acoustic wave filters and film bulk acoustic resonators from their US employers. Both technologies are used to prevent signal interference in wireless phones.

The stolen technology was intended to be returned to China through a network of front companies, where the defendants are said to have been looking to set up their own fabrication facility to build the wireless hardware themselves.

"According to the charges in the indictment, the defendants leveraged their access to and knowledge of sensitive U.S. technologies to illegally obtain and share U.S. trade secrets with the People's Republic of China for economic advantage,” said US Assistant Attorney General for National Security John Carlin.

Industrial espionage has long been an issue of contention between the US and China. Both the US government and private companies have reported being the target of efforts by Chinese hackers to steal industrial secrets for use by state-sponsored companies in mainland China.

Recently, China agreed to curb its hacking activities, but only with Russia, as the two nations entered into a cyber cease-fire agreement. ®