Microsoft's certification exams: So easy, a child of six could pass them. Literally

And he had points to spare. But don't cry, MSCE folk... 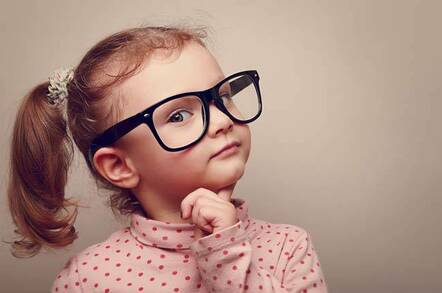 Brainy: The kid (file pic) wants to become a pilot

A six year-old Brit has become one of the youngest people ever to pass a Microsoft exam.

Humza Shahzad from Croydon, South London, has earned himself a Microsoft Office Specialist certification. Humza's parents – IT consultant dad Asim and a trained teacher mum – encouraged him to get interested in technology at the earliest possible age by giving him a smartphone at age two and a laptop just six months later.

The Microsoft Office Specialist (MOS) certification is normally taken by adults hoping to improve their grasp of Microsoft applications.

More info on Redmond's various IT certifications can be found on the Microsoft Learning site here.

The BBC reports that his parents want Hamza to become the next Bill Gates, but the youngster has other ideas, fancying himself as a pilot instead. ®